Customer has money stolen from account after leaving bank card behind 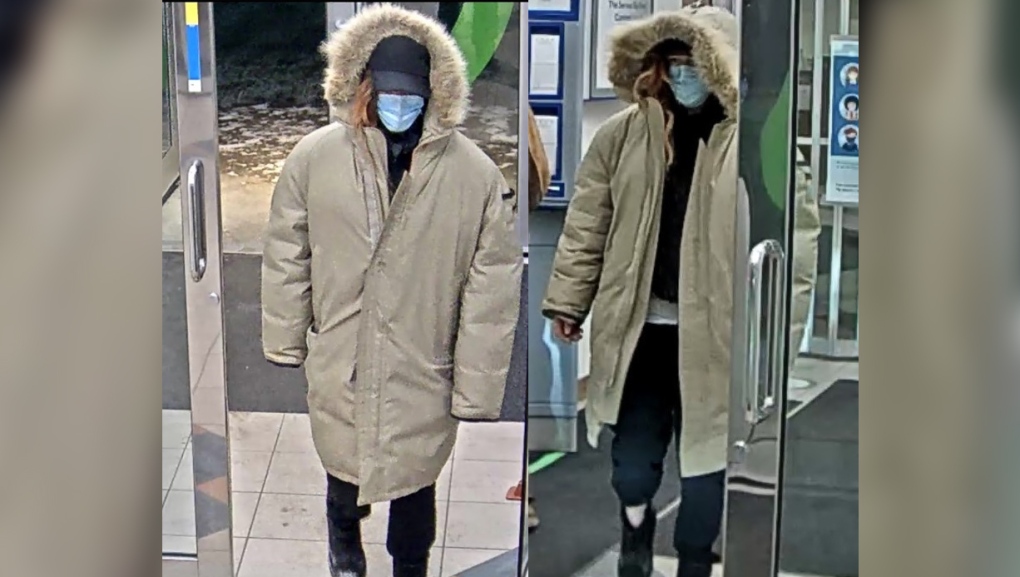 Police say this woman was caught on surveillance camera taking money that did not belong to her from another customer's bank account. (Source: RCMP)

EDMONTON -- Police are looking for a woman who stole money from a bank account after the account owner left his card behind.

Strathcona County RCMP said the victim went to an ATM on Bethel Drive in Sherwood Park around 6:30 a.m. on Feb. 1. After leaving the bank, he realized he had left his card behind, and returned to the bank to get it.

A woman who had been sleeping in the bank lobby gave the man his bank card back. The man immediately checked his account, and realized money had been taken from the account.

Video surveillance from the bank showed the woman had taken out the money.