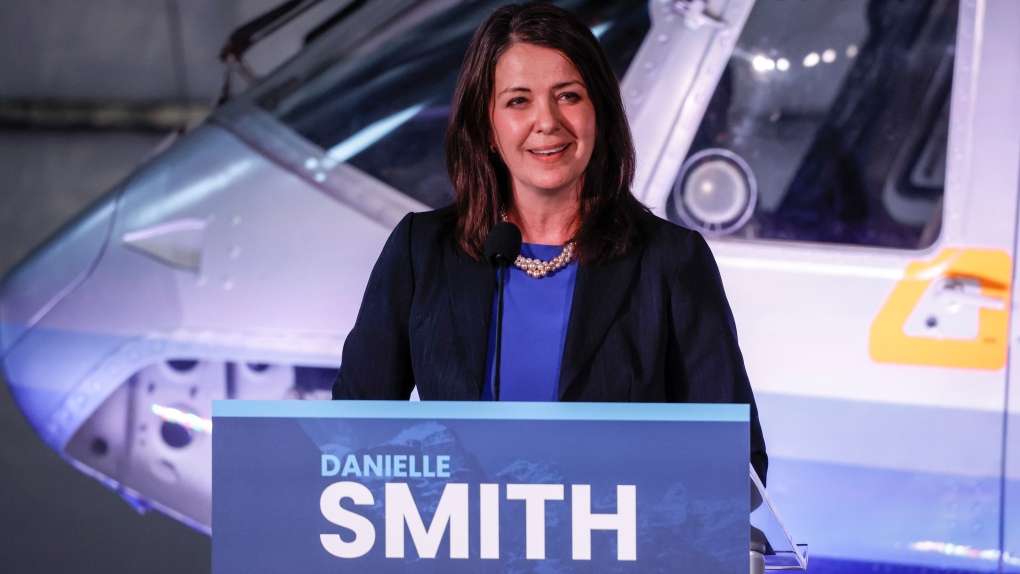 A candidate to become the next premier of Alberta has all but abandoned a vaccine lawsuit she collected GoFundMe donations for, and instead she claims to have given roughly $60,000 to the Justice Centre For Constitutional Freedoms (JCCF).

Danielle Smith launched a GoFundMe campaign on Sept. 19, 2021, titled "Right to Try Treatments for COVID" before she announced her intentions to be leader of the United Conservative Party.

Its stated goal was to fund a new lawsuit to force the federal government to "make the Janssen AD25.COV2.S vaccine available to Canadians and make early outpatient treatment available for those who develop COVID-19 symptoms."

The GoFundMe attracted 565 donations for a total of $101,425, but as of Wednesday Smith's legal action had not been filed and likely never will be.

"We interviewed a significant number of doctors and in the end we were unable to deliver what we needed to significantly advance the lawsuit," said lawyer Derek From with Warnock Anderson, who was hired by Smith in the case.

When CTV News Edmonton contacted her campaign team on Monday for an update on the money collected, From responded on her behalf.

He said about $90,000 is in the process of being donated to the JCCF, after roughly $10,000 was collected by his firm for exploratory work and GoFundMe took a portion in fees.

The JCCF has launched a number of lawsuits related to vaccines and COVID-19 restrictions, including one to help the "Freedom Convoy'' access money raised on GoFundMe. The group also represented an Edmonton-area pastor who was jailed for refusing to follow pandemic rules.

Smith's campaign responded to our inquiries Tuesday night, stating that $13,000 of the money collected was spent on legal bills, roughly $3,000 went to GoFundMe fees, and about $60,000 has been donated to the JCCF.

"An additional approximately $25,000 remains in trust with the firm to eventually be used, when directed, to advance the same or similar litigation already commenced on this same or related issue," a statement signed by the Danielle Smith UCP leadership campaign read.

"Although several doctors were interested in supporting the Initiative, they felt pursuing it would be too risky to their careers based on various statements and actions from their respective professional colleges and AHS."

Smith's campaign also stated that none of the money was used for politics. The statement said the money was donated to the JCCF because the group is fighting similar lawsuits to the one Smith was trying to launch in the first place.

A former Wildrose Party leader and radio host, Smith entered the race to replace Jason Kenney as leader of the United Conservative Party on April 1. Several polls have shown her leading the UCP leadership race and a new leader is expected to be announced on Oct. 6.