Darren Entwistle back at the helm with Telus Corp. 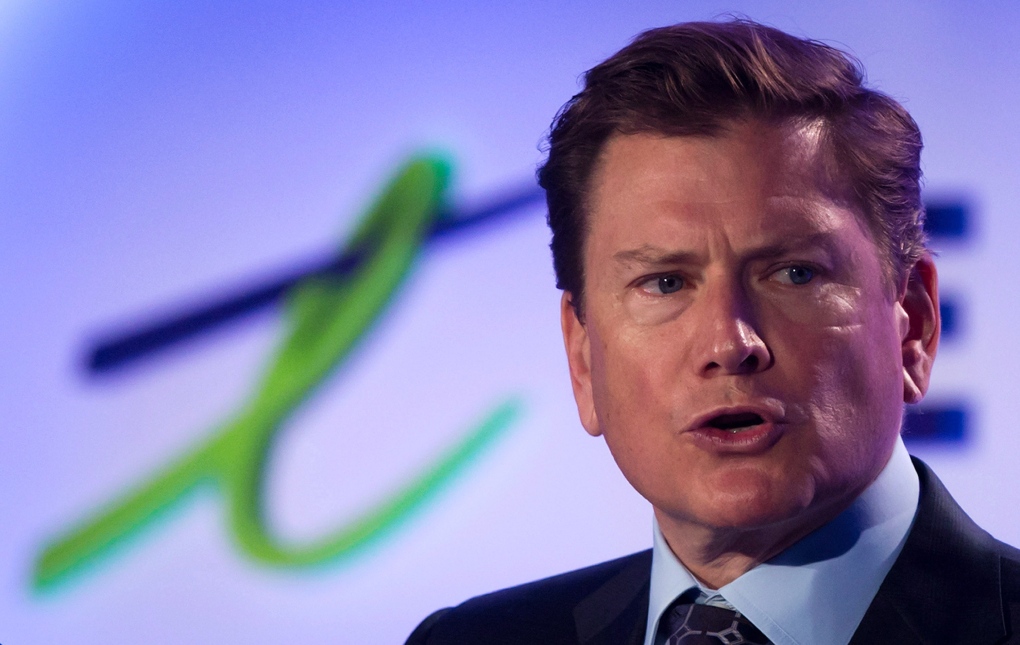 The sudden change in leadership announced early Monday is being attributed to Natale's reluctance to move his family to Western Canada, where Telus has its headquarters and the core of its business.

Telus says Natale -- who has been based in the Toronto area -- has agreed to serve in an executive capacity until the end of 2015 to ensure a smooth leadership transition.

The leadership change comes little more than a year after Entwistle officially handed off the CEO's job to Natale in May 2014.

Prior to that, Entwistle had guided Telus through a period of rapid growth, primarily fuelled by its national wireless network.

Telus says Entwistle will be replaced as chairman of the board by Dick Auchinleck and both men have agreed to serve in those capacities on a long-term basis.

It said the decision to oust Natale followed an extensive review that concluded late Friday, after the company issued its second-quarter financial results.

"Mr. Natale recently indicated that a move to Western Canada would not work for him and his family for several years and the Board determined that the Company would be best served by having its chief executive officer reside in the West," the company said.

Although Natale had been president and CEO for only four full quarters, he had been in a senior position as chief commercial officer since 2010 and focused on building and retaining customer loyalty.