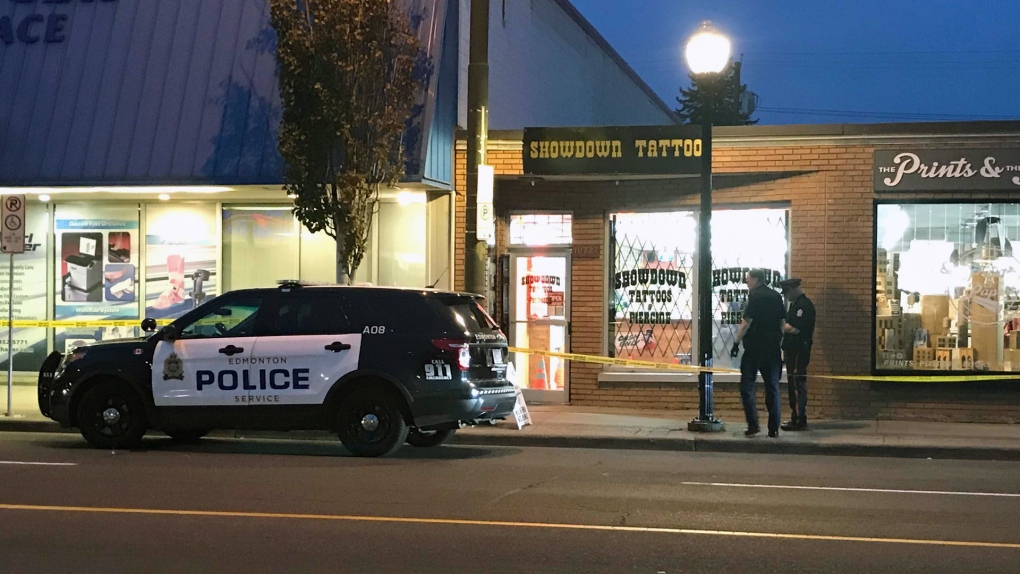 Police taped off an area on 124 Street on Sept. 24. (Sean McClune/CTV News Edmonton)

EDMONTON -- A 47-year-old man suffered non-life threatening injuries after a shooting at Showdown Tattoo on 124 Street and 107 Avenue on Friday.

Investigators arrived at the scene after receiving multiple reports of a shooting around 6 p.m.

Officers could be seen investigating in and outside of Showdown Tattoo on Friday night. Additionally, officers could also be seen in the neighbouring business Prints and the Paper.

Yellow police tape blocked off several businesses on the street.

Police wouldn’t confirm if the shooting was targeted or a random incident.

No other injuries were reported.

Anyone with information is asked to call the Edmonton Police Service at 780-423-4567.