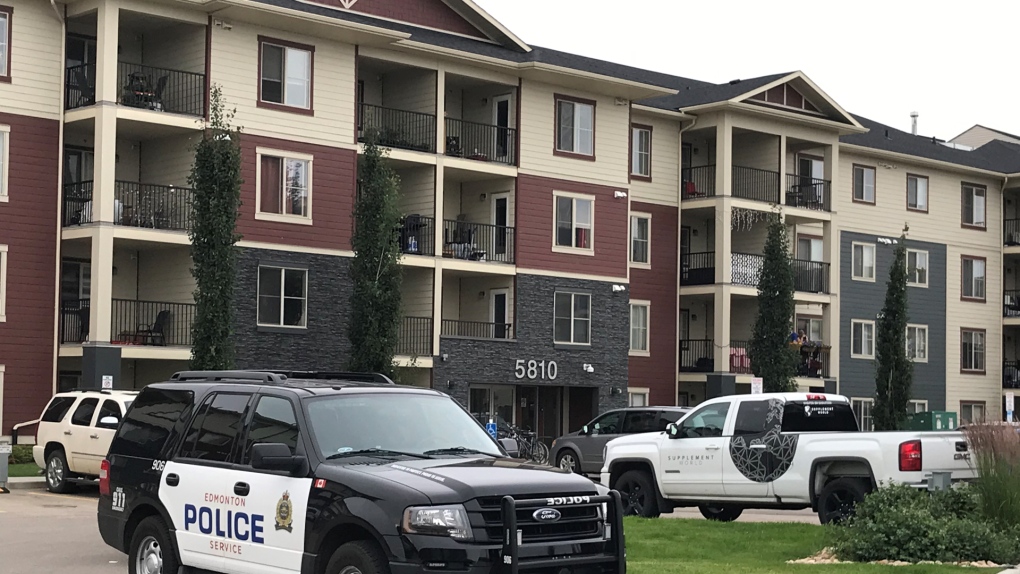 Police were called to a home in SW Edmonton July 11 after a body was found in the residence. (Sean McClune/CTV News Edmonton)

EDMONTON -- Police have ruled the deaths of a woman in Edmonton and a man in B.C. a murder-suicide after an autopsy.

A vehicle investigators said that day was of interest to the case was found in B.C. later that night.

The owner, Luis Antonio Candela-Gonzalez, 39, was found dead nearby.

After an autopsy, police have revealed the woman was stabbed to death. Her case has been ruled a homicide.

B.C. coroners have not released how Candela-Gonzalez died, but Sicamous RCMP do not believe it was criminal in nature.

Police said no charges will laid, and investigators are not looking for any more suspects.