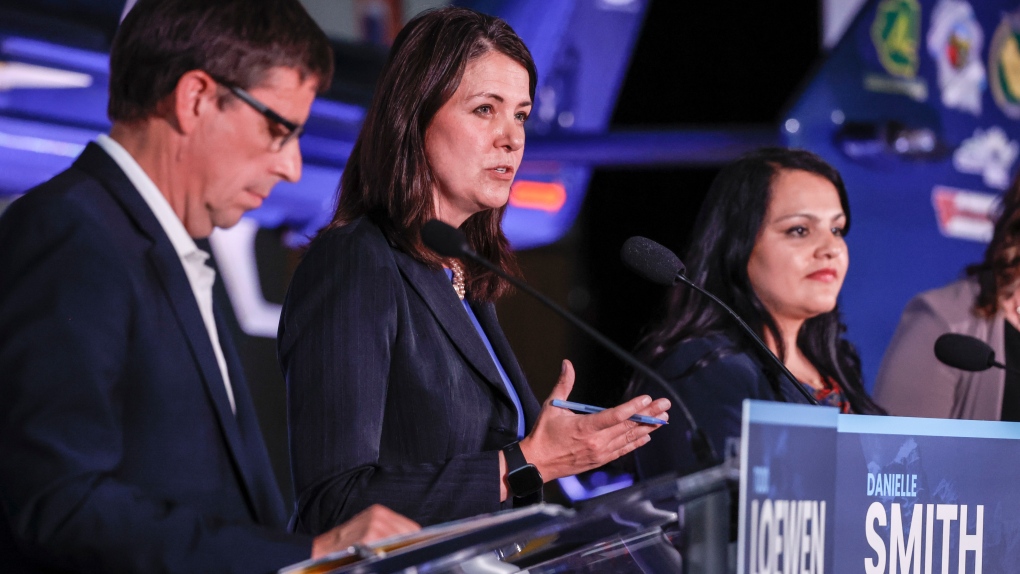 Alberta's New Democrats took aim at UCP leadership candidate Danielle Smith Monday afternoon, referring to her as the "frontrunner" in that race and calling recent statements she made about how to expand health-care capacity "wild" and "absurd."

During a Facebook Live town hall on Aug. 12, the former Wildrose leader was asked how she would avoid "lockdowns" if Alberta's "hospitals start to be overrun" by another wave of COVID-19.

Smith said the province needs to figure out how to free up acute care beds that are occupied by seniors destined for long-term care.

"It's something like 60 per cent of the beds are filled with people who are awaiting long term placement," Smith stated.

"And I have to figure that there's got to be a more comfortable place for them to go. I was thinking maybe a hotel may be a better environment."

Smith continued her answer by stating that there is excess capacity in some continuing-care facilities which could also be used by seniors in hospital beds.

NDP Health Critic David Shepherd focused his criticism of Smith on her hotel suggestion during an afternoon media conference outside of a west Edmonton hotel.

"Long-term care beds require a registered nurse to be on hand 24 hours a day with all of the equipment and supplies that might be needed to assist someone with significant medical challenges," Shepherd said.

"The idea that a purpose built medical care facility is interchangeable with a hotel is absurd. It's not a solution…Hotel and motel staff are not health-care workers."

Shepherd said Smith is the UCP candidate most likely to become the next premier, and he accused her of having a history of promoting "pay-as-you-go healthcare."

Instead of hotels, the MLA for Edmonton-City Centre said the government should be improving the system by creating more long-term care spaces in Alberta.

CTV News Edmonton reached out to Danielle Smith's campaign for comment on this story.

Meanwhile, the government announced Monday an additional $11.3 million in funding for palliative and end-of-life care initiatives.

Shepherd applauded that announcement but said the UCP needs to do more to address Alberta's "health-care crisis."