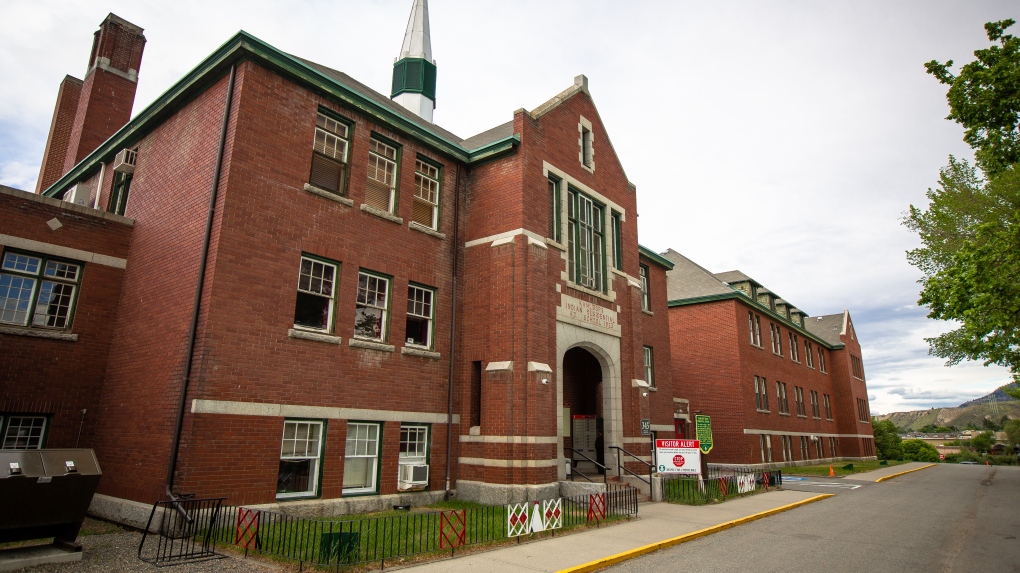 Searching for unmarked burial sites is a painstaking process that not all Indigenous communities could be immediately ready for after the remains of more than 200 children were found at a former residential school in British Columbia, says an anthropologist who has done similar projects on the Prairies.

“Just a note of caution - we can't just show up with our equipment and run surveys tomorrow,” says Kisha Supernant, an anthropology professor at the University of Alberta in Edmonton.

“This is a delicate, sensitive process that requires such care. And communities must decide what would be the right way forward.”

Supernant, who is also Metis and a descendant of the Papaschase First Nation, says residential schools often had children from many different Nations attend, so communities must also come together to ensure any search work done is in keeping with cultural practices.

Last week, the chief of the Tk'emlups te Secwepemc First Nation announced that the remains of 215 children had been found buried on the site of a former residential school in Kamloops, B.C. Chief Rosanne Casimir said the children, some as young as three, were students at the school, which was once the largest in Canada's residential school system.

Kamloops Indian Residental School operated between 1890 and 1969. The federal government took over operation from the Catholic Church to operate it as a day school until it closed in 1978.

Casimir said technology such as ground-penetrating radar allowed for a true accounting of the missing children and will hopefully bring some peace and closure to those lives lost.

Supernant uses the same technology to help Indigenous communities survey burial grounds. She and her team have worked with the Enoch Cree and Papaschase First Nations in the Edmonton area.

Ground-penetrating radar consists of a small antenna shaped as a box, which is dragged along the surface of the ground while sending a signal into the soil, she says. If there is a difference between the surrounding soil and a particular location, it changes the signal.

“In the case of looking for unmarked graves and burial locations, what this piece of equipment is able to show are areas that have been disturbed,” Supernant explains.

“When you dig a grave, the soil changes - the composition changes, the density can change - and the ground-penetrating radar can actually pick up that change.”

Her team pulls the equipment over the ground in a grid of 25-centimetre intervals, using frequencies best suited to detect changes two to three metres deep.

She worked on one project involving a residential school in 2018 in Saskatchewan. She and her team helped find remains of students of the Muscowequan Indian Residential School located near Lestock.

Supernant says she expected to get more requests after that project, but acknowledges that many Indigenous communities have a lot of pressing needs, such as mental health supports, housing and clean drinking water.

“Many communities don't have access to the resources and the funding,” Supernant says. “And while, of course, this is very important, it's also very difficult work and needs to be properly resourced.”

But Supernant says she expects to get more calls after the discovery in Kamloops, which has received attention countrywide.

In Nova Scotia, two groups that represent the province's Mi'kmaq population issued a joint statement Monday saying ground-penetrating radar has been used at the former site of the Shubenacadie residential school, but no graves or human remains have been found.

“With so many schools across the country, we are very aware that this is not an isolated incident,” the statement said.

In Saskatchewan, the Federation of Sovereign Indigenous Nations and the Saskatchewan government said they want Ottawa to help research undocumented deaths and burials at residential schools in the province.

The federation has compiled a list of initial sites where it hopes to complete radar ground searches, including Onion Lake, Beauval, Guy Hill, Lebret, Sturgeon Landing and the Lestock-Touchwood area.

Alberta's Minister of Indigenous Affairs Rick Wilson said in a news release late Monday that the government intends to fund research into undocumented deaths and burials.

And Quebec's Indigenous Affairs Minister said Tuesday that province was also open to searching the grounds of former residential schools for graves if survivors and their families are in favour.

Ian Lafreniere said his office has started reaching out to families, Indigenous leaders and federal counterpart to discuss the possibility.

He said he has seen no evidence that there are unmarked graves on the grounds of the six former residential schools that operated in the province, but cannot exclude the possibility.

Supernant says while the discovery in Kamloops is devastating, she is not surprised.

“I know every school had a graveyard of some kind and we can only expect to see more stories like this coming out. And communities really need to be supporting in trying to find their relatives.”

Most importantly, Supernant says, the projects have to be community-led and culturally sensitive.

“There has to be space for ceremony, because this is very sacred,” she says.

“This involved these ancestors, these children, whose spirits often haven't been cared for in the ways their relatives need them to be cared for.”

This report by The Canadian Press was first published June 1, 2021.

After six weeks, more than 70 witnesses, and the submission of more than 7,000 documents into evidence, the public hearing portion of the Public Order Emergency Commission wrapped up on Friday.

Canada coach Herdman on Croatian tabloid: 'My wife's coming after you guys'

Canada had just lost its first World Cup match in 36 years, outplaying Belgium for much of a 1-0 defeat, and an emotional John Herdman revealed in the on-field interview what he had just told his players during a postgame huddle.

Health Canada has issued a recall for an educational children's toy, which may contain above-legal amounts of lead.

The World Cup in Qatar has sparked soccer – and non-soccer – conversations around the world. CTV's W5 Executive Producer Derek Miller writes for CTVNews.ca about his observations from the tournament and how soccer is evolving in Canada.

Ottawa commits $39.4M to support Indigenous languages in the North

The federal government says it is investing $39.4 million to support Indigenous languages in the territories.

Landslide leaves up to a dozen missing on Italian island

Heavy rainfall triggered landslides early Saturday on the southern Italian island of Ischia that collapsed buildings and left as many as 12 people missing.

The holiday toys catching the eyes of industry watchers