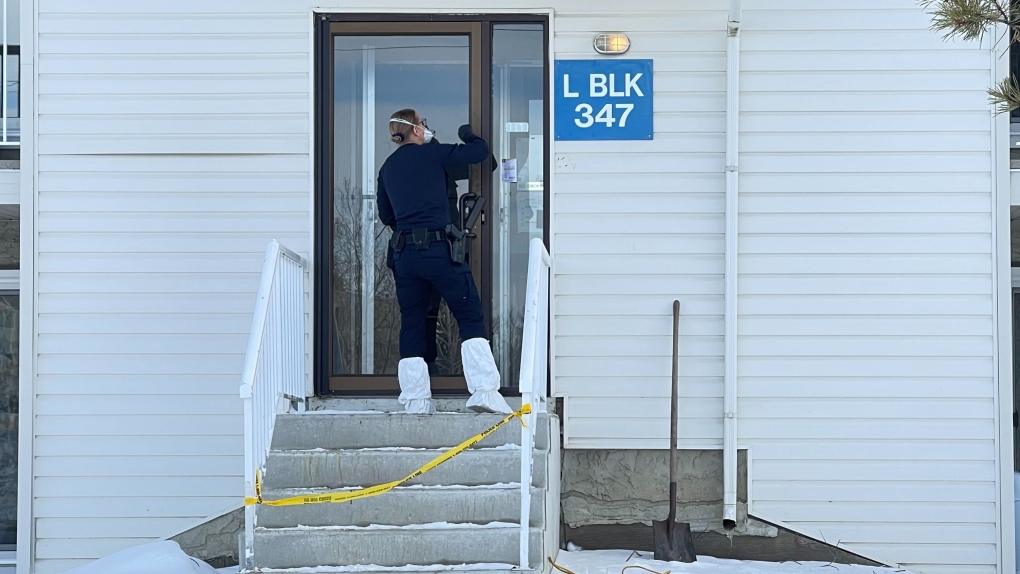 Police investigate on March 26, 2022 near the bus stop where an injured male was found the night before. (CTV News Edmonton/Sean McClune).

Police are investigating after a male found with stab wounds at a bus stop in southwest Edmonton Friday evening later died in hospital.

Officers responded to reports of a seriously injured male at a bus stop along Saddleback Road NW in front of a multi-unit residence near 114 Street around 11:20 p.m., the Edmonton Police Service said in a release on Saturday afternoon.

EPS members provided first aid to the wounded person until paramedics transported him to hospital. According to EPS, the male later died from his injuries.

An autopsy will be scheduled as homicide detectives continue to investigate the suspicious death.

No further details were available from EPS.

Police ask residents in the area of Saddleback Road from 112 Street to 27 Avenue to review security and dash camera footage for any suspicious activity between 10 p.m. and 12 a.m.

Hockey Canada's board chairs, past and present, played defence under House of Commons questioning of the hockey body's handling of alleged sexual assaults and how money was paid out in lawsuits.

Seven women have filed a lawsuit alleging they were sexually assaulted by "various" on-duty officers with Newfoundland and Labrador's provincial police force between 2001 and 2017.

opinion | Don Martin: An Alberta storm is brewing as Danielle Smith is set to become premier