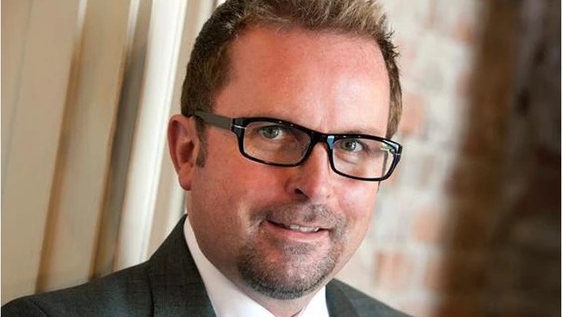 EDMONTON -- A disbarred Edmonton lawyer initially sentenced to one year in jail for contempt of court has partly won one of two appeals and will now serve 80 days in jail and perform 200 hours of community service.

Shawn Beaver was disbarred in February of 2017 after the law society found he had stolen from his clients’ trust accounts.

He subsequently recruited a junior lawyer to act as a false front to his continued unlicenced practice, according to a Feb. 22 Court of Queen’s Bench ruling.

He filed two distinct appeals, first of the the contempt of court judgment against him, and second, of the the subsequent one-year jail sentence.

A three-justice Court of Appeal panel upheld the contempt of court conviction but allowed Beaver's second appeal, and reduced his sentence.

"It is too great a 'jump' to impose a first-time incarceration of one year," the ruling reads.

"We conclude that this term of incarceration is out of the range that should be considered reasonable and proper."

Beaver is now sentenced to 90 days in jail to be served intermittently on weekends between 7 p.m. on Fridays and 7 a.m. on Mondays, beginning on May 14.

He is also on probation for nine months and must perform 200 hours of community service. He also received 10 days credit off his sentence for time already served, leaving 80 days to be served.

The panel ruled that the initial sentence didn't account for a number of mitigating factors around Beaver's personal circumstances, character and effect of imprisonment on his family.

"It is an error to wholly reject, as opposed to properly weigh, those factors advanced by Mr Beaver."

Beaver told CTV News he's "obviously pleased" that the court reduced his sentence "and reflected that there was some redeeming quality in me as a person, a father and as a contributing member of society."

He says he's willing to take on the community service but had hoped the matter would be dismissed entirely and now plans to take his case to the Supreme Court of Canada.

"Ultimately, I am highly educated in the law, and should not be prevented in earning a living with my education, at least in some form. No one should."

“His activities were also inherently illegal because Mr. Beaver was no longer a lawyer, and was practising law.”

Beaver was once known as one of Edmonton’s prominent defence lawyers.

But Rooke’s ruling outlined how Beaver misappropriated and spent money held in trust for a mentally disabled, alcoholic and drug-addicted street person between 2014 and May 2015 to support his lifestyle.

The ruling says he was caught after the paralegal who worked with him shared those activities to other lawyers at Beaver’s firm.

His licence was suspended after he reported his activities to the law society.

On Dec. 23, 2015, he agreed to not conduct any legal work but within the next month appeared as an agent for an existing client in Provincial Court, and also provided legal advice in an impaired driving case.

Rooke’s ruling describes how six months later, Beaver began collaborating with a junior lawyer in which she was the “front woman” who appeared in court while he took the lead behind the scenes on files, submissions and strategy.

When she became aware the law society was investigating, she deleted a number of electronic records on Beaver’s advice, according to the ruling.

She was later suspended and retained her own lawyer to disclose Beaver’s role in their work together.

On May 14, 2020, Beaver was found to be in contempt of court, having deliberately breached the order barring him from working as a lawyer.

Less than two weeks later, he posted an advertisement to Kijiji , titled "legal instructions from the best", and directing visitors to the homepage for a legal consulting business bearing his name.

At sentencing, Beaver's lawyer argued for a suspended sentence and fine.