Dog found dead and frozen in bin in SE Edmonton 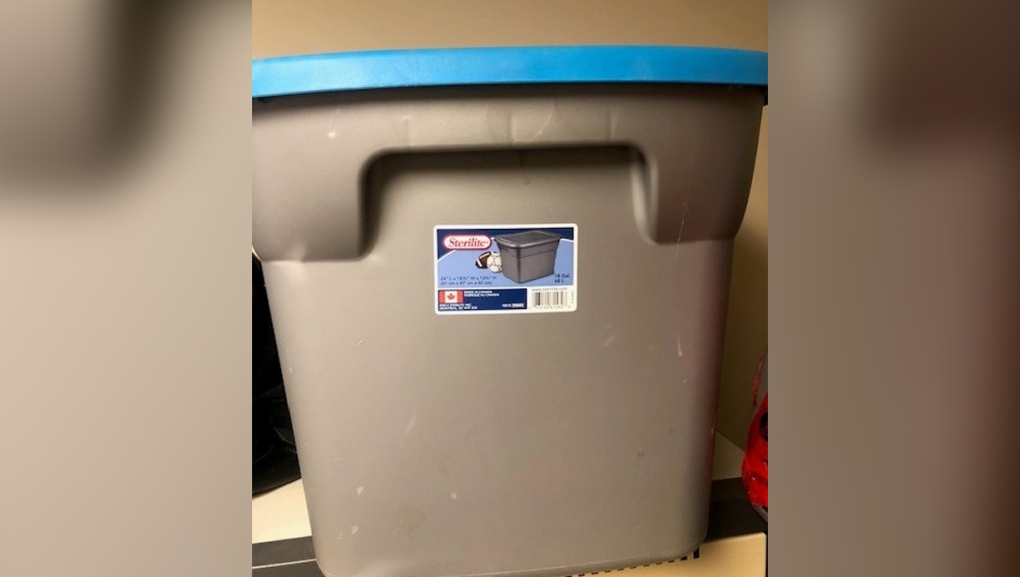 Police say the frozen body of a dog was found in this bin in an alley in southeast Edmonton. (Source: Edmonton Police Service)

EDMONTON -- Police are investigating after a dead dog was found frozen in a plastic tote box in southeast Edmonton.

The incident was reported around 9:30 p.m. on Feb. 9. It was found in an alley in the Meadows area of Edmonton. Animal Care and Control responded to the scene, and then turned the investigation over to the Edmonton Police Service.

The female dog was medium sized, with brown and black brindle colouring with a tan coloured “t” shaped mark on her chest. She was wearing an old, red collar with no identification or microchip.

The bin was described as a gray Sterilite plastic tote bin with a blue lid.

A veterinary exam found that the dog weighted 17.3 kilograms and was extremely underweight and showed signs of neglect. Police are investigating this as a case of animal abuse.