EDMONTON -- At one point, Kai the dog was so obese he could barely move.

"He literally just existed," says owner Pam Heggie. "He couldn't do anything, he couldn’t run around. He could roll on his back."

The dog had been given up by his previous owners, who nearly had him put down because of his alarming weight — 173 pounds. 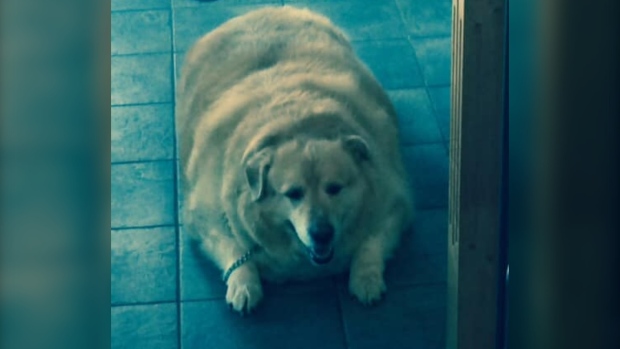 But when Kai was brought in to be euthanized, Misfits of Alberta Animal Rescue instead pleaded to find him a new home.

When their first foster fell through, they contacted Heggie, and that's when Kai's incredible transformation began.

"He had to be sore. He limped like crazy, but you know what? He got up every day and was happy to go out."

A veterinarian ruled out a medical reason for Kai's obesity and told Heggie he should only weigh 75 pounds. Kai was more than 100 pounds overweight.

"I just remember thinking, like a hundred pounds, there's no way. But slow and steady he got the job done," said Heggie.

She started taking Kai to hydrotherapy once a week and went for three walks a day.

At first, they were short walks.

"He panted all the time. He just panted and laid down," said Heggie.

But as Kai's stamina improved, the pair celebrated milestones like the first time he could scratch his own ear or get up on the bed by himself.

Then came the day he ran for the first time at a local dog park.

"It was about four little steps and I was like, holy crap, I just think he ran."

Diet also played a big role. Heggie replaced his regular kibble with a special brand meant for weight loss and swapped out all treats for healthy items.

Kai refused to eat vegetables at first, but a lot can happen in a year.

"He is fanatical for bananas, you can't cook carrots or broccoli without him whimpering and wanting a carrot or piece of broccoli," said Heggie.

She began documenting Kai's journey on Facebook and she and fans watched in amazement as the pounds melted away. 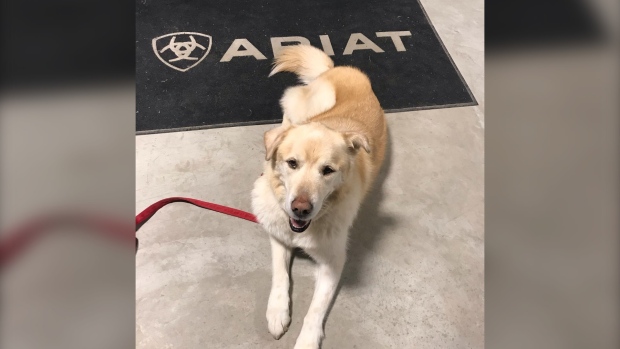 "I look at him now and I forget. I forget what he was like," she said. "I look back at some of those videos and I'm just like 'Oh my god, I took him to the dog park like that.' But he was just so happy and he wanted to be there."

Kai lost a total of 105 pounds and has kept it off for nine months now. He still has some lasting health issues, like bilateral knee problems which he wears braces for, but Heggie said the difference is night and day.

"I think the biggest thing I learned from him is really big goals can be accomplished if you just do it one day at a time."

There's another happy ending to this tale.

During Kai's weight loss journey, Heggie realized she wanted him to become a permanent member of her family and adopted him outright.

Wanting to give back to others because of the support Kai received along the way, Heggie got him certified as a therapy dog.