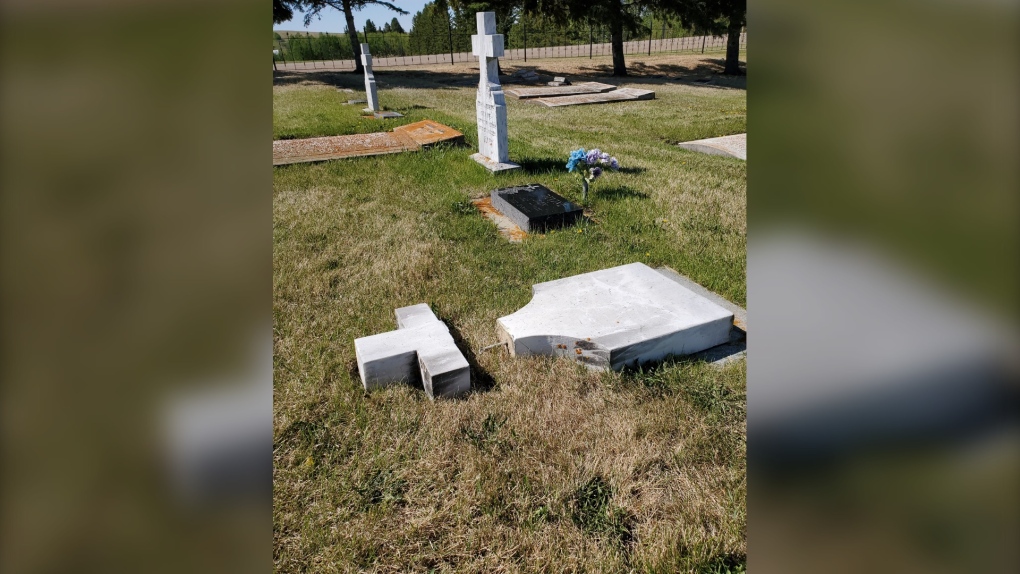 EDMONTON -- Over 39 headstones at a graveyard in Clandonald, Alta., were pushed over or disrupted during the past week.

Vermillion RCMP believe damages to the headstones at the Clandonald Catholic Cemetery occurred between last Friday and Tuesday.

Many of the damaged headstones belong to people who have died that no longer have any living family members, RCMP say. According to them, damages inflicted to those headstones will only be able to be repaired by donations to the cemetery.