Some 100 stolen vehicles and pieces of equipment were found when Alberta police searched more than a dozen rural properties south of Edmonton in late November.

In an update on Friday on the massive "property crime" investigation – as police originally called it – the ALERT agency said the stolen property consisted of vehicles, trailers, farming equipment and other machinery. 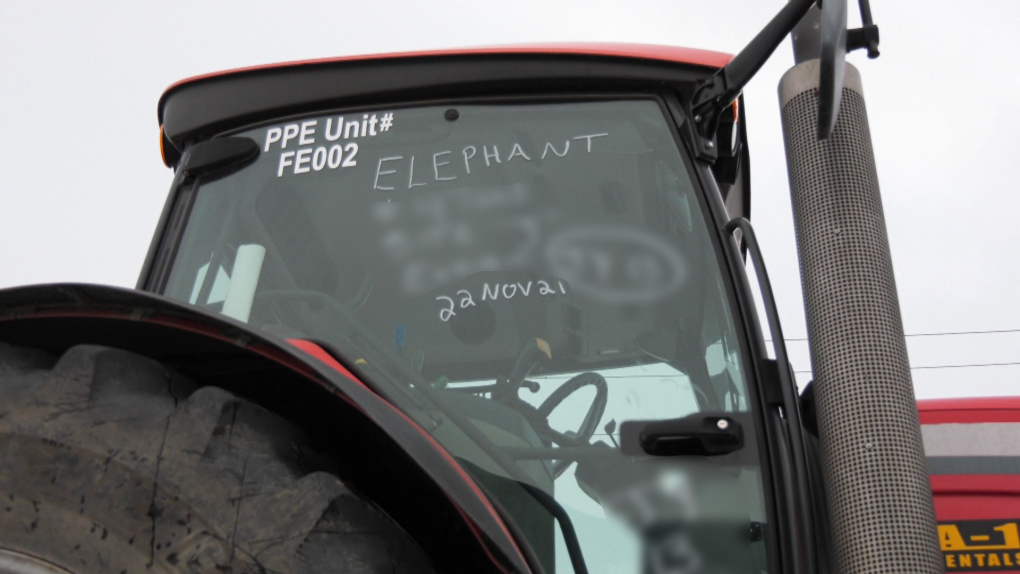 Police conducted 17 search warrants at addresses in Camrose and the surrounding area on Nov. 21, 2022, as part of a "property crime" investigation. Pictured here is a tractor with writing on it, including the word "elephant." CTV News Edmonton blurred the other information.

"It is like nothing we have ever investigated before," commented ALERT spokesperson Mike Tucker.

Investigators have identified and talked to "several" suspects, but no charges have been laid yet, he told CTV News Edmonton.

More details will be provided when the evidence is catalogued and processed, ALERT promised. 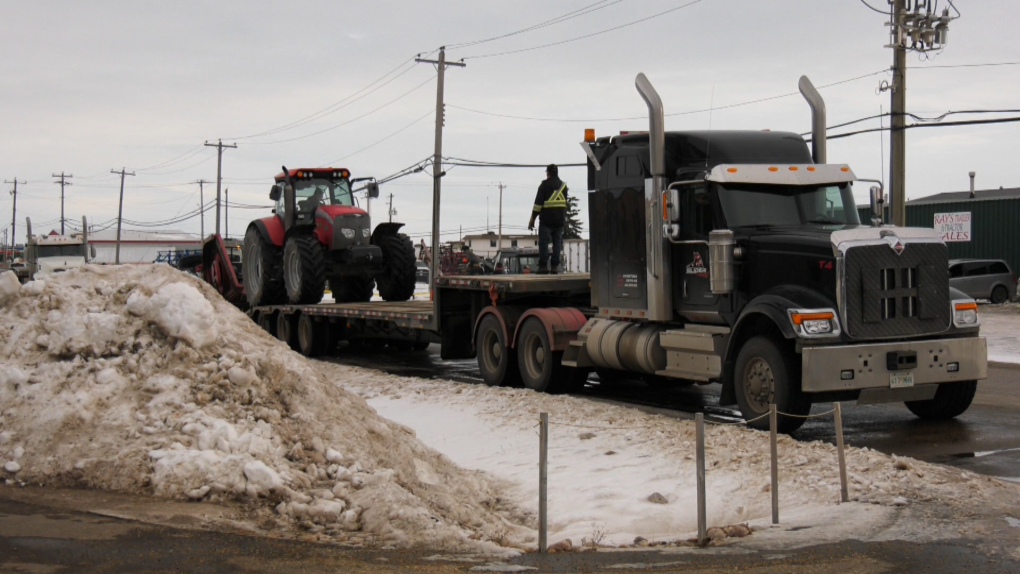 Police conducted 17 search warrants at addresses in Camrose and the surrounding area on Nov. 21, 2022, as part of a "property crime" investigation. In this photo, a tractor is driven onto a trailer.

"We want to get it back to the rightful owners, we just have to practice due diligence in making sure all the evidence is properly documented," Tucker said.

ALERT warned Camrose residents on Nov. 21 it would be conducting search warrants at 17 addresses in the town and surrounding area over a few days.

Tucker called it "one of the biggest takedown operations ALERT has ever conducted," with 170 officers helping execute the warrants. 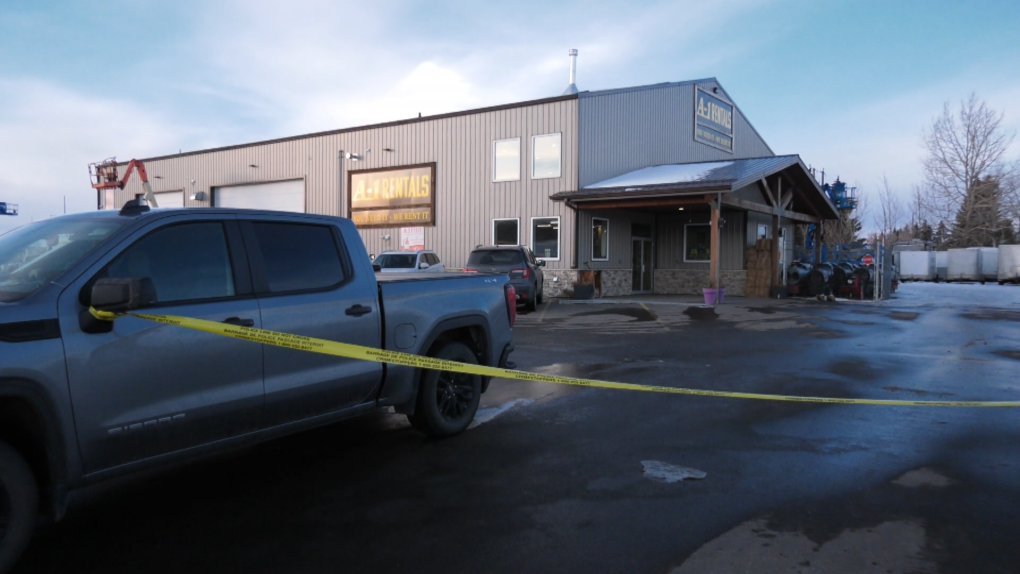 Police conducted 17 search warrants on Nov. 21, 2022, in Camrose, Alta., and the surrounding area. In this photo, police tape swings in front of A-1 Rentals in Camrose.

On Friday, investigators confirmed most of the locations were in Camrose, but some were in the local county, Ponoka County, and the Rural Municipality of Hillsdale in Saskatchewan. That municipality is located west of North Battleford.