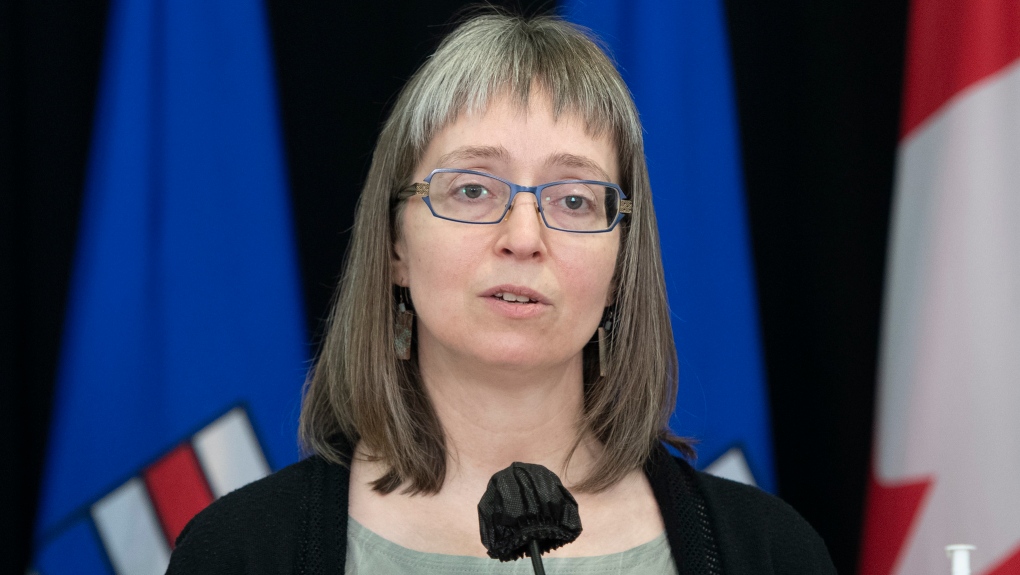 Alberta’s chief medical officer of health cautioned the public about inaccurate information regarding the so-called ‘doubling rate’ of the COVID-19 variants in a series of Tweets posted Friday afternoon.

In the thread, Dr. Deena Hinshaw said any report the rate of growth of the variant is doubling every seven days “is not accurate."

I have heard questions about whether the rate of growth for cases of the variant is doubling in Alberta every seven days. This is not accurate and would be based on looking at cases from the date they were publicly reported, not when the cases occurred. (1/6)

It is unclear what may have prompted such questions. However, a Calgary-based doctor had recently been circulating her own analysis of the variant doubling rate, using publicly available Alberta Health data.

B117 grows exponentially in AB, doubling every 7 days.
At this rate it'll become dominant on Mar05
and AB will have:

Yes, the government and AH can avoid it. By aiming for #COVIDzero ASAP pic.twitter.com/OdPpHWeJoN

However, Dr. Hinshaw said Alberta has not yet established a rate of growth for the variant, because the volume of variant testing changed substantially in February.

B/c the volumes of variant tests increased substantially in the last two weeks, more cases have been diagnosed. It is important to remember that we do not have similar results for Jan. positive samples, so cannot yet accurately determine the rate of growth. (4/6)

She added that since Feb. 1 variant cases account for three per cent of all positive COVID-19 cases.

On Friday, Alberta’s total number of confirmed variant cases was 171, up 15 from the day before. All were of the B.1.1.7. variety, which was first detected in the U.K.

Over the last 24 hours, Alberta added 314 new cases of COVID-19 on 8,410 tests, according to data from Alberta Health, putting the positivity rate at about 3.8 per cent. Sixteen new deaths were reported, bringing Alberta’s total to 1,760.

The next scheduled in-person COVID-19 update is on Tuesday.