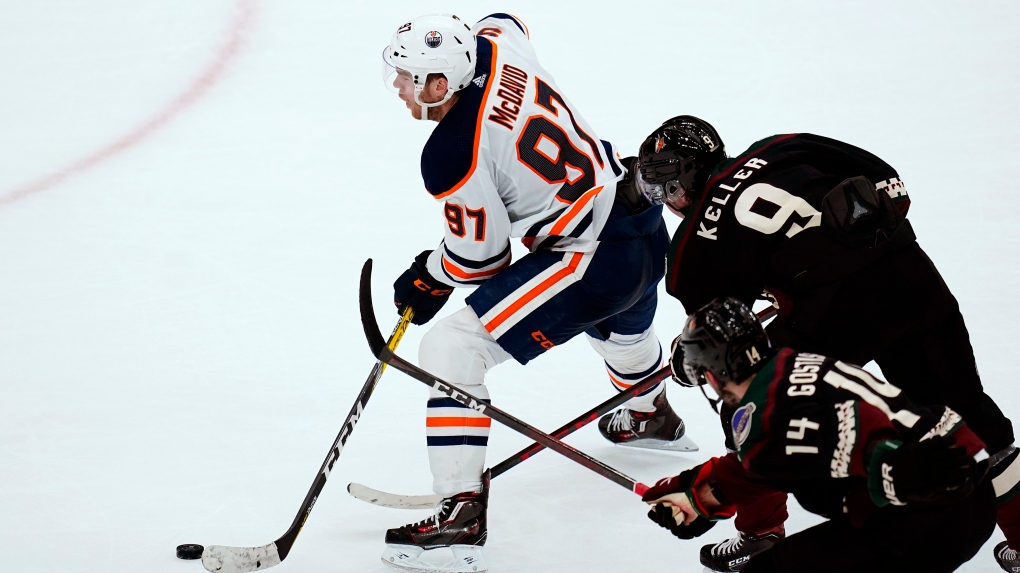 Leon Draisaitl and Connor McDavid each had two goals and two assists to lead the Edmonton Oilers past the Arizona Coyotes 5-3 on Wednesday night.

Draisaitl has 10 goals in his last eight games, and McDavid got right back in the scoring column after his season-long, 17-game point streak ended in a 4-1 loss Tuesday at Dallas.

Draisaitl leads the NHL with 20 goals, and his second of the night at 13:08 of the third period made it 4-1. He also tops the league with 40 points. McDavid has 13 goals and ranks second with 35 points.

McDavid's empty-net goal with 28 seconds remaining clinched it after Travis Boyd and Shayne Gostisbehere scored for the Coyotes in the final seven minutes to trim it to 4-3.

Clayton Keller scored four minutes into the game to give Arizona a 1-0 lead before McDavid tied it late in first period when he punched in his own rebound from the doorstep 49 seconds into a power play.

Zack Kassian had a goal and two assists as the McDavid-Draisaitl-Kassian line finished with 11 points. Draisaitl enjoyed his league-high 10th game of at least three points.