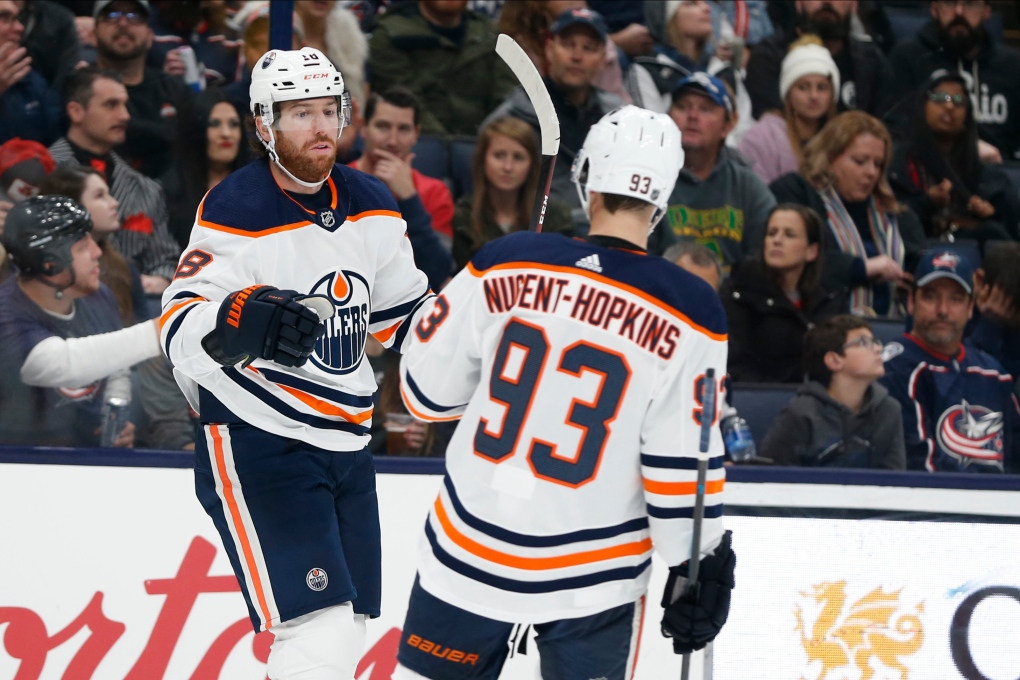 James Neal and Jujhar Khaira also scored for the Oilers, who had dropped two in a row. Ryan Nugent-Hopkins added two assists.

Draisaitl's second goal, his team-leading 12th of the season, chased Joonas Korpisalo, who had his second lacklustre outing in a row. He allowed four goals on Edmonton's first 12 shots before he was replaced by Elvis Merlikins, who finished with 19 saves.

Zach Werenski scored for the Blue Jackets in their second consecutive loss after going 4-0-2 in the previous six games.

Neal got his 11th goal when he snapped in a power-play shot from the left circle off a pass from Draisaitl 9:11 into the game. Late in the first period, Draisaitl beat Korpisalo from the right circle seconds after a power play ended.

The Oilers opened a 3-0 lead 1:20 into the second when Khaira tapped home a rebound that trickled through Korpisalo's legs.