Drier, breezy and a bit cooler: This is your Edmonton forecast 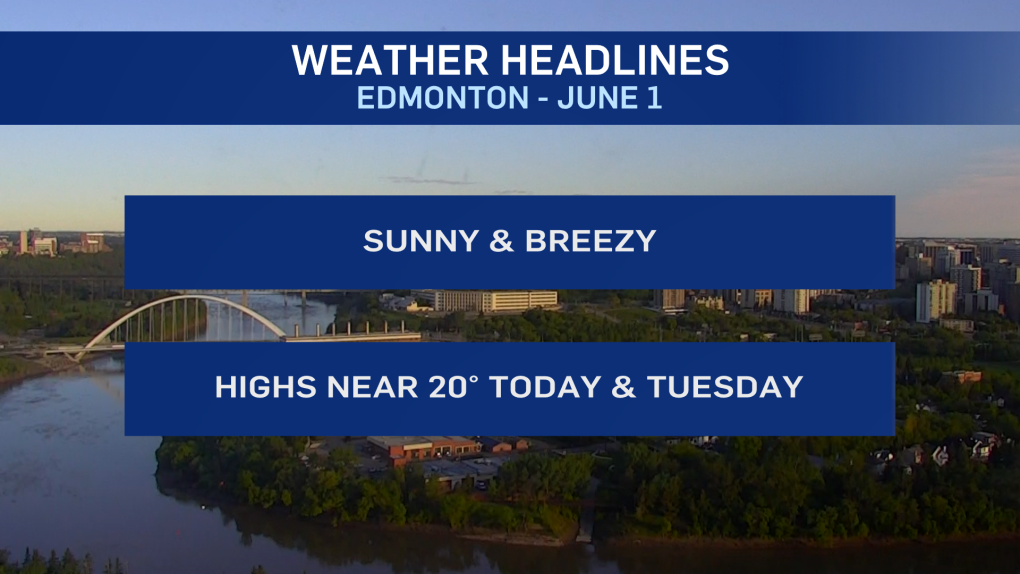 EDMONTON -- A wide range in rainfall totals around the city of Edmonton after Sunday's precipitation.

The CTV weather stations in west and SW parts of the city recorded 5 - 10 mm.

Our stations just south of Sherwood Park and in NE Edmonton received 30 - 40 mm.

Further south, the storms produced a tornado near Beiseker (NE of Calgary) around 4:30pm.

No reports of damage have come in and ECCC is giving it a preliminary rating of EF0.

It'll be a cooler day in the Edmonton region.

Temperatures hit highs of 24 and 27 Sat/Sun.

Near 20 again Tuesday with less wind.

Next chance of showers for the Edmonton region comes into play Tuesday night/early Wednesday morning.

Daytime highs are expected to dip into the mid to upper teens for Wed/Thu.