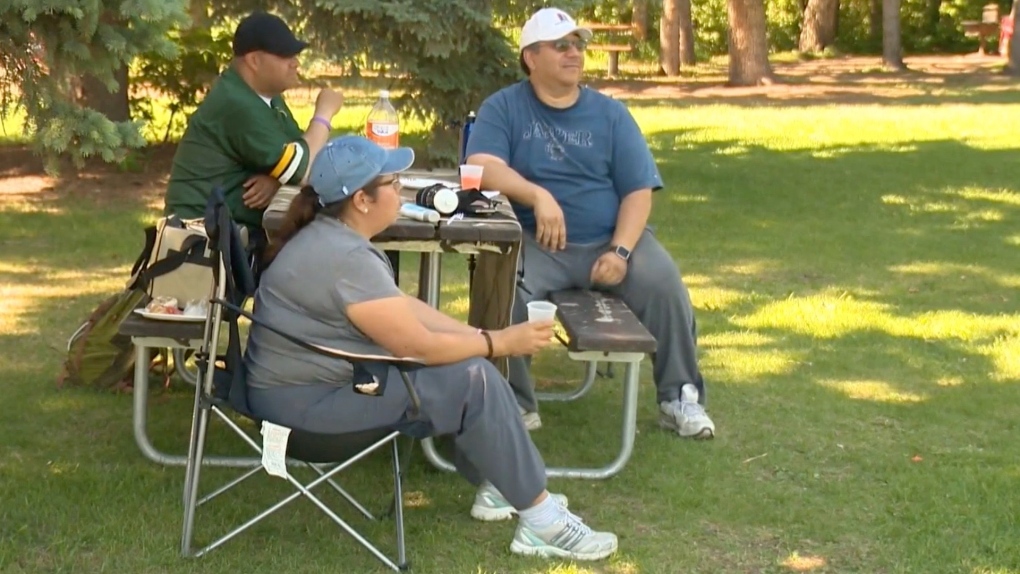 EDMONTON -- Edmonton city council will look to the public to help determine whether to designate certain picnic sites in city parks for public alcohol consumption.

The issue was raised by Ward 3 Coun. Jon Dziadyk, who said Edmontonians may appreciate the right to drink in public parks amid COVID-19.

"I think that the real problem here is that people are doing this anyway," Dziadyk said.

Council voted Monday afternoon in favour of advancing the discussion, asking city administration to conduct public engagement to identify picnic sites within city parks that would be appropriate for allowing alcohol consumption.

"If we establish some norms and some rules around how alcohol could be consumed in public parks, such as with food at appropriate sites, we might actually get less people kind of in the bushes with a bottle," Dziadyk told council.

Last summer the Government of Alberta paved the way for the topic when it passed Bill 2, which allows for alcohol consumption in designated picnic sites when appropriate signage is posted.

According to the provincial legislation, the signage must be posted by the park's owner/operator and indicate the hours in which drinking at the site is permitted.

Edmonton Mayor Don Iveson supported the motion but cautioned council, saying there may be more than one factor to balance.

"It may be easier to manage this on the part of people who are gathering socially as a choice."

"There are other, I think equally but valid, but distinct issues that arise around people who have no other venue to deal with their substance use disorder than a public place. I suspect if we're not careful those will bump into each other."

The lone dissenting voice on council belonged to Ward 7 Coun. Tony Caterina, who said he hasn't heard any interest from the public around drinking in city parks.

"Thirteen of us will have different opinions on whether it's appropriate or not given our circumstances or the parks," said Caterina. "Even though information is good, I don't think we should go down this road."

Coun. Dziadyk told council he looks forward to the public engagement, adding he thinks a pilot project would be the best way to start.

"I already know with some of the engagement that I've done that the public's mixed on this," he said. "Alcohol consumption doesn't always have to lead to drunkenness."