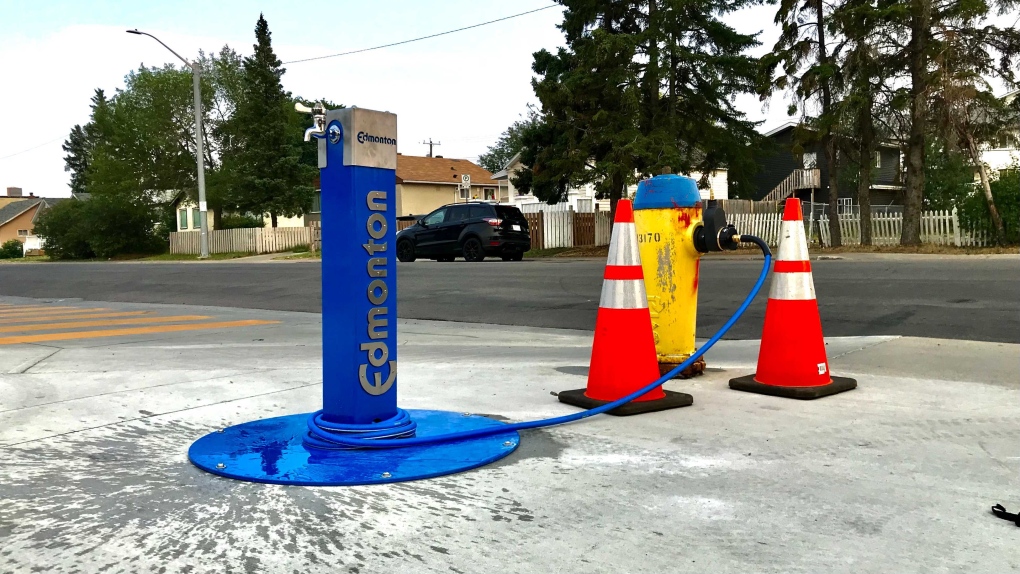 With temperatures set to rise in Edmonton next week, the city has set up water taps at 13 fire hydrants.

The water is safe to drink, and officials hope it will help vulnerable Edmontonians stay hydrated during the hot weather.

The city first set up taps at five hydrants as part of a pilot project last summer.

This year, taps have been set up at the following locations:

We’re so glad @CityofEdmonton has added water taps to 13 #yeg fire hydrants, including one right beside Bissell. We all deserve access to clean drinking water. Plus, it can help vulnerable people stay hydrated and can save lives. See all 13 locations. https://t.co/bqQnDi9POD pic.twitter.com/AzaP06s0Bu

The taps will be accessible to all Edmontonians 24 hours a day, seven days a week, until the fall.

For the second time in less than a month, a resident of Ashcroft, B.C., died while waiting for health care after having a heat attack mere metres from a local ambulance station.

A large rally planned in Vancouver to protest the Coastal GasLink pipeline in northern B.C. may block traffic Monday morning.