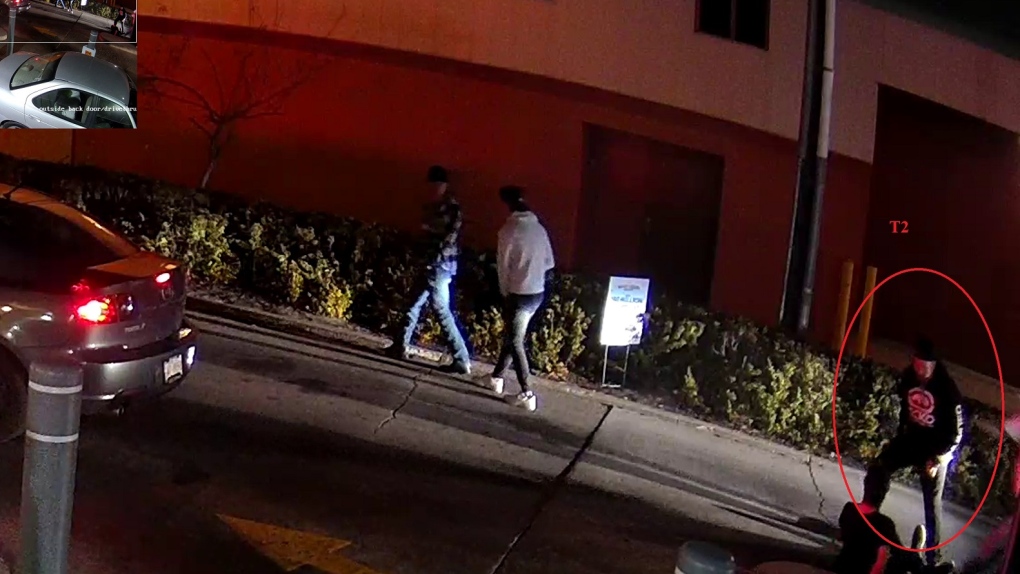 Police are seeking two suspects in connection with a pair of violent incidents at Edmonton drive-thrus on Oct. 9, 2021 (Edmonton Police image)
Edmonton -

Police have charged two suspects and are seeking two more in connection with a pair of violent incidents at Edmonton drive-thrus.

Around 3 a.m. on Oct. 9, police say they responded to a weapons complaint at a restaurant near 103 Street and 80 Avenue.

Police say several males were ordering food at the drive-thru window despite not being in a vehicle when a 2018 Dodge Durango with four individuals inside pulled up.

The driver got out of the SUV, pointed a firearm at the group and fired a shot at the ground, police say.

Two men from the group at the drive-thru, aged 18 and 24, were then assaulted by two passengers of the Durango, even as they remained on the ground, according to police.

The two men were taken to hospital and treated for serious but non-life-threatening head injuries.

Twenty-five minutes later, police received a weapons complaint at a drive-thru near 96 Street and 165 Avenue.

Police say officers were told that the driver of a SUV demanded a large amount of food, verbally abused the clerk and brandished a firearm before fleeing the scene.

Investigators say they used surveillance video to confirm the same Durango was involved in both incidents.

Hours later, officers tracked the vehicle to a home near 103 Street and 178 Avenue and recovered a firearm as well as ammunition and 110 grams of cocaine.

Police are identifying Isiaha Chermak, 24, as the driver of the Durango and Darrious Ellis as one of the passengers.

Both are charged with aggravated assault and various firearm-related offences.

Police are seeking the two other individuals who were inside the Durango at the time of the incidents and have released surveillance images of the pair.

Investigators are also looking for information on the driver and passenger of a silver Mazda 3 seen in the surveillance photos.

Anyone with information is asked to contact police or Crime Stoppers. 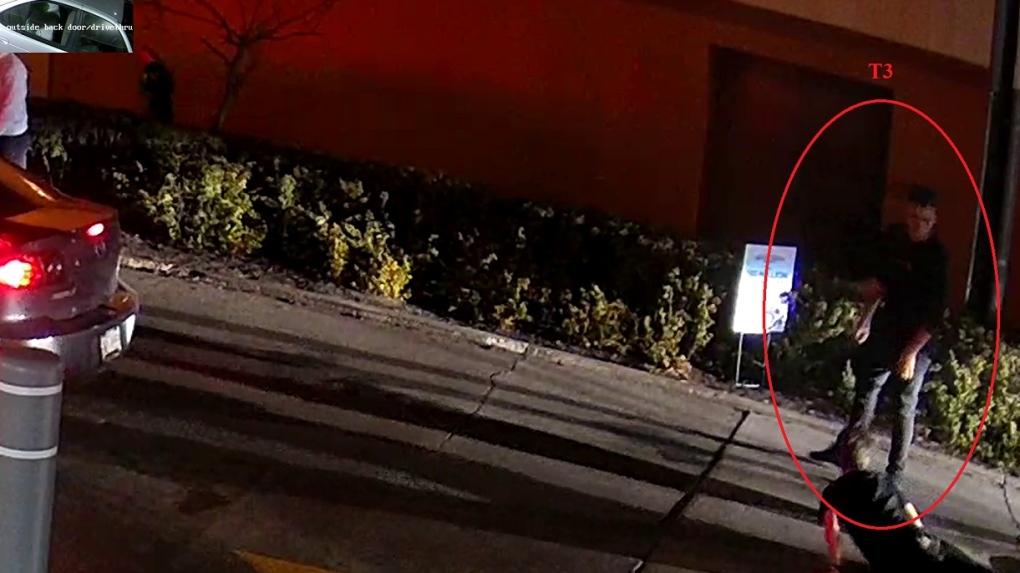 Police are seeking two suspects in connection with a pair of violent incidents at Edmonton drive-thrus on Oct. 9, 2021 (Edmonton Police image)