Driver charged in crash that killed 2 motorcyclists east of Edmonton

Driver charged in crash that killed 2 motorcyclists east of Edmonton 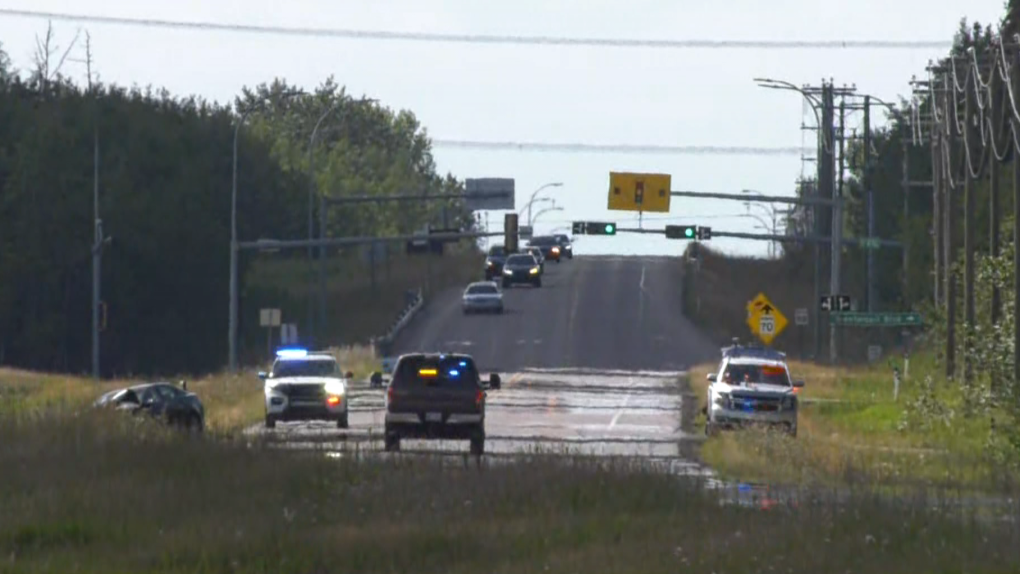 A 29-year-old was charged after two people were killed in a crash in Strathcona County on Sunday.

A vehicle and a motorcycle collided head-on at Highway 628, between Range Road 231 and 232, at noon, RCMP said.

The two people on the motorcycle, a 68-year-old man and a 63-year-old woman, died on scene. The driver of the vehicle was not injured in the crash.

Taylor Yaremchuk, of Sherwood Park, was charged with two counts of impaired operation causing death, impaired driving and possession of an illegal substance.

Yaremchuk is in custody and is scheduled to appear in court on Tuesday.

Ambassador Bridge on the Canadian side closed Sunday evening