Like young Icarus flying too close to the sun, melting his wax wings, an Edmonton boy’s toy drone seemed to share a similar fate.

But of course, these aren’t mythical times — and this story didn’t happen in Greece.

“I was flying in my grandma’s yard and then I flew it too high,” eight-year-old Maddex Scott told CTV News Edmonton while sitting on a park bench next to his mom. “It went over the house and it should be on my grandma’s roof, but it’s not.”

Maddex had saved for about 10 months, pooling his allowance, Christmas and birthday money to buy the drone for about $230.

“He was devastated,” said Maddex’s mother, Melanie Scott. “He cancelled the sleepover at grandma’s. He just wanted to come home.”

The mother and son searched the neighbourhood for the lost drone, with no luck. 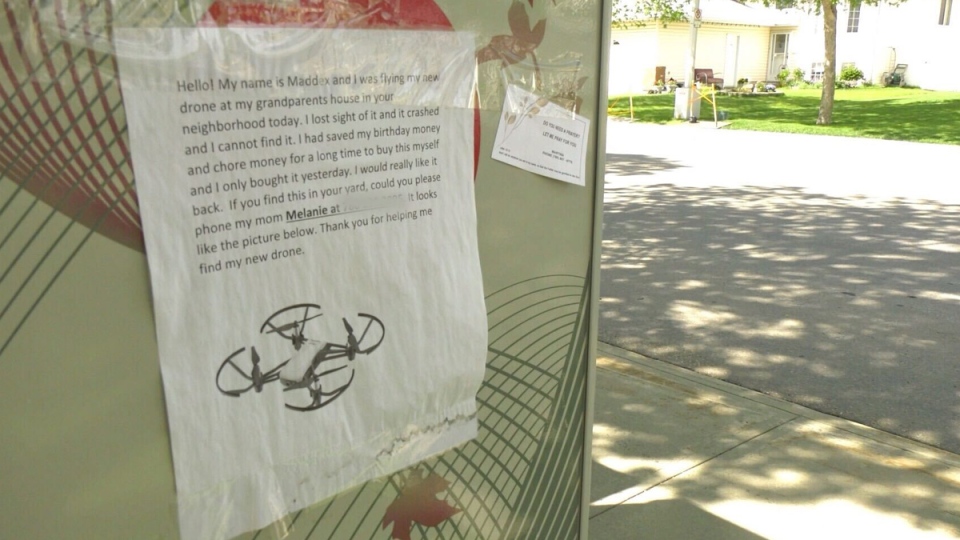 They put up posters near the drone’s last known location, still to no avail.

Thanks to that post, a drycleaner named Ronald Singh enters our tale.

“I looked at it and I thought, well, I had a drone we just purchased a few days ago we’d try to fly,” said Singh. “I tried it for a couple seconds. It wasn’t good for me, at least.”

Singh offered his drone to Maddex, who picked it up Sunday, only a day after the original drone had gone missing.

“He grabbed it and he was just really, really happy to have the drone in his hands,” Singh told CTV News Edmonton. 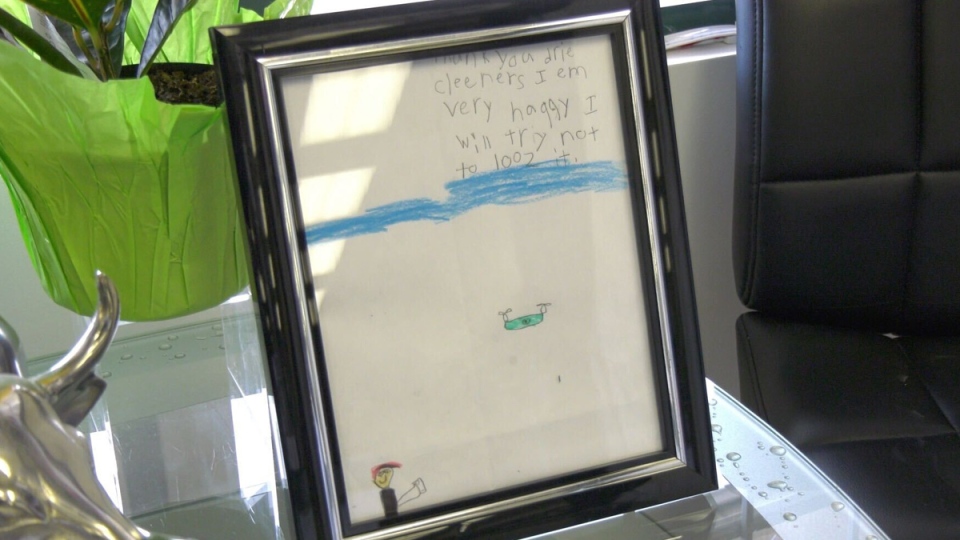 As a show of gratitude, the eight-year-old made the drycleaner a card, which now sits in a place honour in Singh’s north side shop. “It’s Edmonton. I always believe that we’re like that and want to help people out,” Singh said. “I think anyone of us would have done it. I had one so I gave it to him.”

“We actually had quite a few offers,” said Melanie Scott. “A lot of people messaged me privately to ask how they could help. It was amazing.”

The Scott family still hopes they find the missing drone, but mother Melanie says, either way, the experience has taught them a nice lesson.

“If we never find it, you know, we definitely learned that there’s good people that will help you out when you need.”