Drought has Alberta beekeepers feeling the sting of another 'tough year'

Drought has Alberta beekeepers feeling the sting of another 'tough year'

The unseasonably hot summer is complicating production for Alberta beekeepers.

But it’s not just this year. The president of Good Morning Honey in Parkland County, Richard Ozero, said it was too smoky in 2018, too soggy in 2019 and on top of the pandemic in 2020, it was too wet at the beginning of the season.

Ozero noted it’s been tough for people in the agriculture business to catch a break.

“2021 has been a drought and a rollercoaster of expectations for beekeepers across most of Alberta,” he said. “It’s a tough year to take.”

Because of the drought, Ozero explained the bee colony is shrinking as the scorching heat has wiped out major food sources for the bees to survive.

“It caused big stress on a lot of the plants, so they shutdown their nectar production,” he added.

“You saw bees not able to collect nectar from those sources. Bees were looking for nutrition that wasn’t there.”

Since the season started early this year for most provincial beekeepers, Ozero said they saw “nature kick into high gear” and it caused a ripple effect throughout the entire season.

“It won’t be a huge crop but it won’t be a wreak either,” Jeremy Olthof, owner of Tees Bees Inc, added.

'THEY NEED TO SURVIVE'

The beekeeping season generally starts in March and goes until mid-to-late October but some beekeepers have already started prepping for winter.

“The rush is on to get these bees everything they need to survive,” Ozero said.

“Just to have it fizzle in front of you when it’s not in your control is disheartening.” 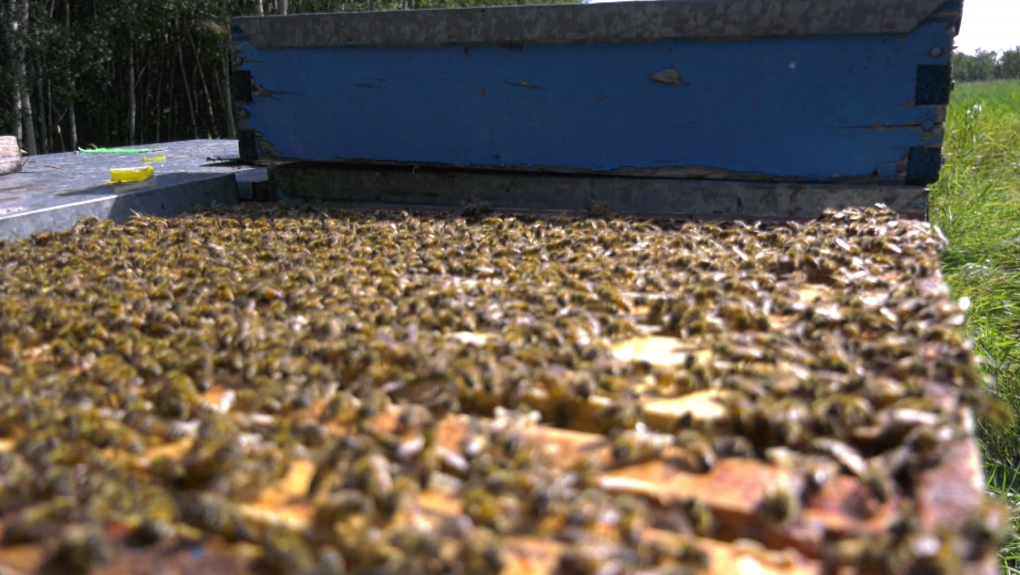 As a way to ensure the survival of the bees, beekeepers tend to supplement the pollen with feed and sugar water.

However, the food source isn’t the only issue. Olthof explained the heat didn’t only cause the bees to multiply, but the mites as well.

“If we can’t get ahead of these mites I’m really worried of some high losses in the spring,” he said.

On top of those looming concerns, Olthof said the excessive rain, hail storms and drought across Alberta could potentially drive up costs.

“That’s our fear you get high prices with low supply and the packers could start looking elsewhere,” Olthof said.

“You put so much money in as an agricultural producer and you have these high expectations and you don’t expect a high return just expect somewhere average where you can make it all worth your while,” Ozero said.

“The beekeepers and the bees will find a way to make it happen but it’s another year of struggles. It would be nice to catch a break… as we say in agriculture, ‘Maybe next year.’”