EDMONTON -- For decades, Jeep owners have had the wave, and now they have a new way to connect with one another.

Rubber ducks have been appearing on the off-road vehicles since July.

“It’s just silly. It makes no sense. It’s funny and we kind of need that,” said Jennifer Greenough.

The Edmonton Jeep owner is one of thousands in at least 14 countries taking part in a game called Duck, Duck, Jeep.

Clara Thomsen had heard about the game but didn’t get ducked until Wednesday afternoon.

“It was fun to come after shopping to see this,” she said. “It brought some joy today.” 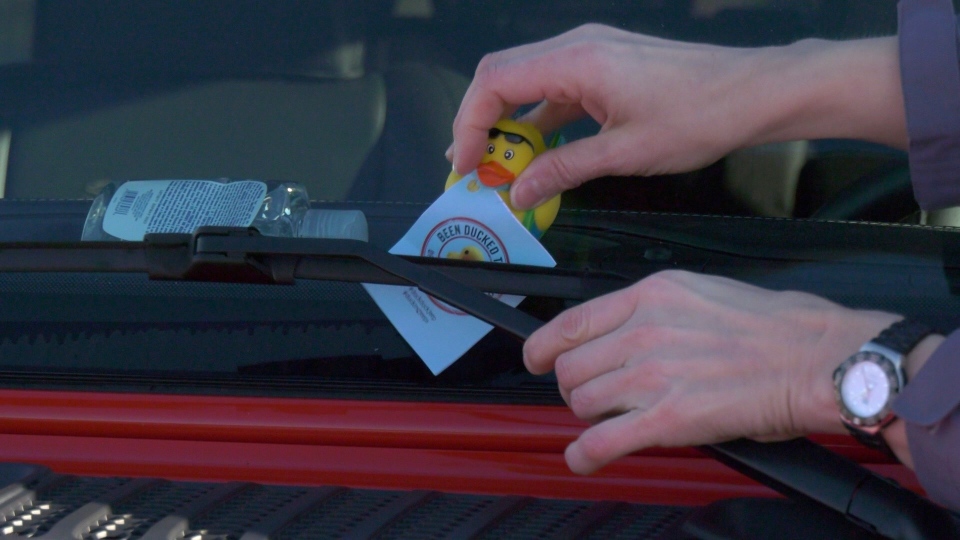 But others have no idea about it until they find a duck left on their vehicle.

“I’m in awe of all the people playing,” said Allison Parliament, the founder of Duck, Duck, Jeep.

“To see people having fun around the world is amazing. I got a post from Egypt the other day,” she said. 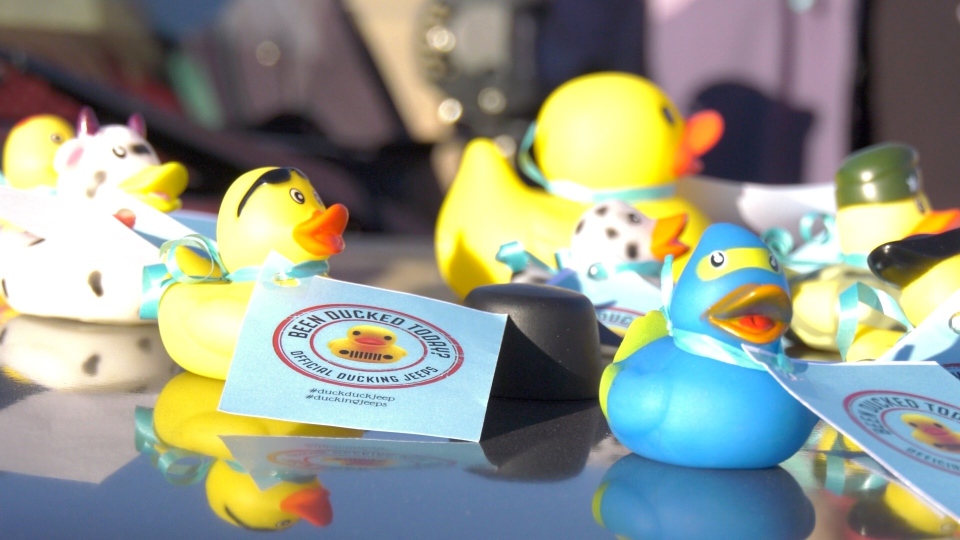 But the reason she started the game isn’t very fun.

Parliament is originally from Orillia, Ont., but lives and works in the United States. She said she’s been harassed and even assaulted because of her American license plates when she comes home to Canada.

(Photo courtesy: Allison Parliament - photo of her in her jeep)

Instead of getting angry, she looked at a duck she had sitting in her Jeep and decided to write a note on it.

“Saying, ‘Hey, here’s a rubber duck. I hope it makes you smile.”

She then placed it on the dash of a stranger’s Jeep. 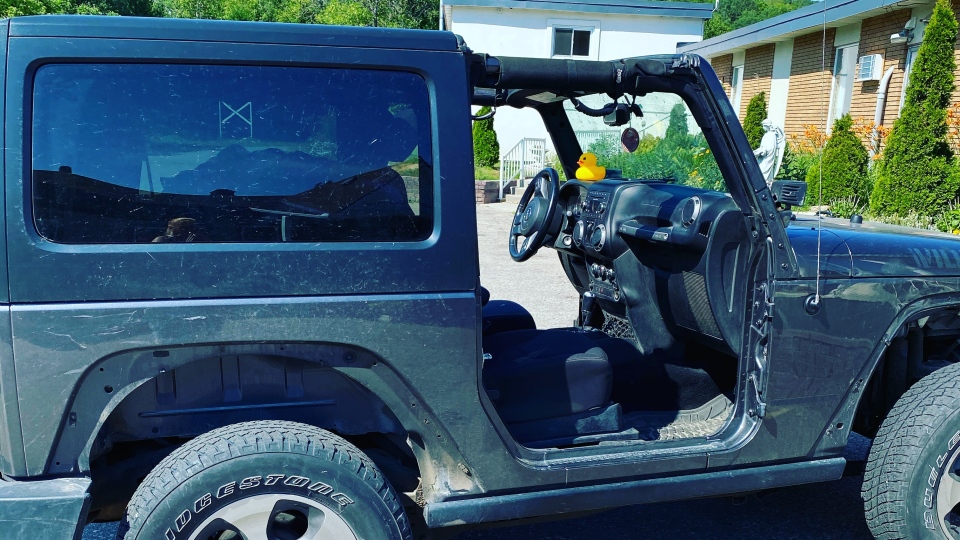 “I’m not feeling safe and I know other jeepers are really kind…generally we have a really awesome community,” she said.

The hand she needed that day was someone to appreciate a kind gesture.

She got caught by the owner, who she said loved the idea. Parliament posted a picture online with the hashtag #duckduckjeep and the game took flight.

“People are forgetting we’re still people no matter where we are, no matter what’s going on in the world right now. There’s so many hateful things going on that if a little rubber duck can make them smile, I’d rather share a moment of kindness with them,” said Parliament.