Duncan Keith out, Oilers have other 'injury situations' ahead of Arizona matchup

Duncan Keith out, Oilers have other 'injury situations' ahead of Arizona matchup 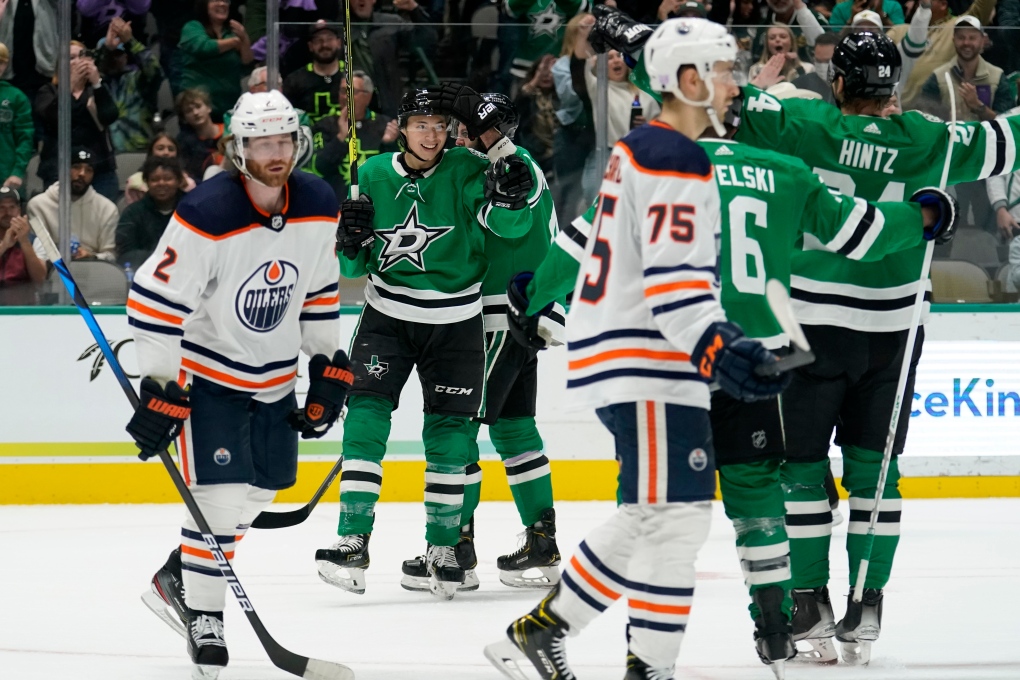 The Edmonton Oilers have lost another starting defenceman, and now the team may be forced to make more lineup changes due to other new "injury situations."

Duncan Keith was hurt during Tuesday's game in Dallas and is listed as day-to-day with an upper body injury.

William Lagesson will take his spot Wednesday in Arizona, but head coach Dave Tippett said at noon he was still trying to figure out the rest of his lineup.

"We got a couple injury situations we're looking at that we gotta clear up, so there might be a couple new bodies in tonight," Tippett told reporters.

Darnell Nurse and Slater Koekkoek were both placed on the team's injured reserve list last Friday and are expected to each miss several weeks.

Add in the Keith injury and the team's entire starting left-side defence group is gone for now.

"Broberg has come in and played pretty well. Russell has lots of experience, Lagesson got some experience last year, so it's not as if they don't know how to play in this league. We gotta see if they can come in and stabilize our group back there," he said.

In all, the left-defence group has gone from more than 1,800 games of experience to just over 900.

Broberg has played in two NHL games and has one assist.

Tippett is preaching the word "simple" to Broberg and Lagesson.

"You're missing some key players, you come on the road, you don't have to put on a show for anybody. You just have to play a real strong, simple game," he said.

Broberg repeated that message to reporters Wednesday. The top-prospect 20-year-old said he felt "pretty good" in his first two games.

"I think I've played simple so far, so I just gotta try to play simple tonight as well," he said.

"There's faster and bigger players here (in the NHL), for sure. You always gotta be aware of who's on the ice."

"You never know what you're gonna get from a young defenceman like that. He's a big man and he skates so well, and he's good with the puck," McDavid said.

"He's stepped in and he's been comfortable. He looked like an NHL defenceman."

Tippett didn't specify which other players were banged up and may not be able to play Wednesday.

He said his defence pairings will likely evolve throughout the game.

In addition to Nurse, Koekkoek and Keith, the Oilers are also without Mike Smith, Devin Shore, Josh Archibald, Oscar Klefbom, Alex Stalock and Dylan Holloway due to injuries.

The Oilers play the Arizona Coyotes at 8 p.m. Edmonton time.