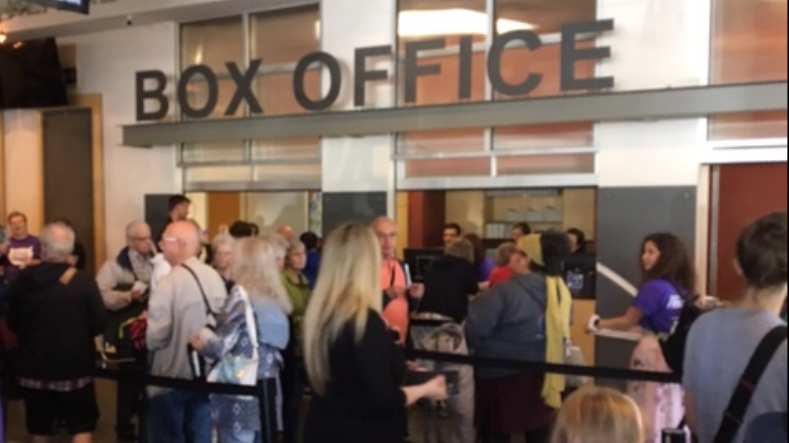 Dozens of theatre-loving fans queued up at the TransAlta Arts Barns in Old Strathcona this morning to get their tickets for the 38th annual Edmonton International Fringe Festival.

Shelly Weinstein has been coming for most of those years, and says she wouldn’t miss it.

“I’m in line for about 5 different shows and providing I have enough time, I’ll see more,” she says. “I love it all, I’ve been coming for 35 years and I’m never disappointed.”

What began as North America’s first and largest fringe is now even bigger, with 258 indoor shows in 50 venues.

Festival artistic director Murray Utas says an increase of 30 shows compared to past years can push organizers to their logistical limits, but the community has a seemingly endless appetite for theatre, and artists have a desire to push themselves to deliver.

“We’re stretched as it is, this a massive, massive event that we put on,” he said. “And its so loved by the community, and so supported by the community. We’ve still got enough to keep it going. The heart of this festival is the artist’s desire to get out and get going.”

One of the artists pushing themselves and having fun doing it, is Australian Marcus Ryan. A self-described citizen of the world, this year will be his third visit to the Edmonton Fringe. This time, he is performing two different one-man comedy shows every day.

Both stories plumb life on the road for source material, with Walk This Que documenting his 1,000 kilometre walk through Spain and Marcos in a warts-and-all recounting of his wandering ways. 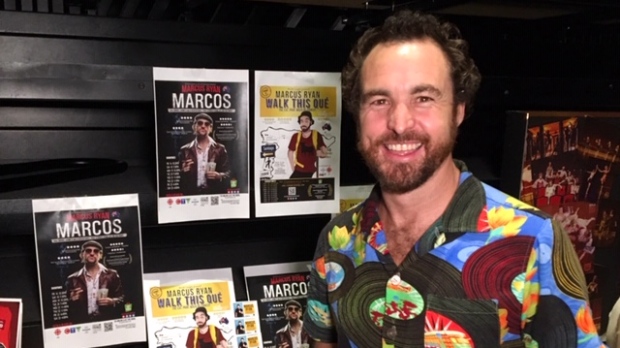 The affable Aussie says a nomadic lifestyle suits him well and audiences love his tales.

“I just tour around doing festivals and comedy clubs and one man shows. I kind of go off on adventures and do silly things, so that other people don’t have to, and they can live vicariously through me and have a story to tell.”

Another story with roots closer to home is The Flying Detective, a multimedia adventure based on the hundred-year-old drama surrounding the first aerial pursuit of a criminal by Edmonton police. Actor Will Banfield plays legendary local aviator Wop May, piloting an aircraft in pursuit of the villain.

He says their production mixes some humour into the dramatic script and sets the technical bar high.

“We build a biplane on stage,” Banfield explains. “We also use three projectors to create the atmosphere around us throughout the show, so a mix of old and new technology.” Festival-goer Terry Gross has been coming to the Fringe for decades, and with the promise of such variety on stage, he and his wife nabbed a Frequent Fringer 20 pass, allowing them access to 20 shows. Gross says the friendships made and rekindled on site add to the appeal. “We run into the same people every year, so its a great chance to catch up,” he laughs.

Efforts to line up early and get those passes paid off for Gross and a few lucky others. Festival organizers say the rush of online and in-person purchases at noon Wednesday temporarily crashed the box office server. The Frequent and Double Fringer passes sold out in a record 40 minutes, but individual show tickets remain, with none yet sold out.

For all its popularity, Murray Utas says keeping the Fringe affordable to most is a cornerstone of an event that has become synonymous with the city.

“One of our main pillars is that we make this thing accessible to all people. Top ticket price for an indoor show is $13,” he exclaims. “This is truly a community owned event. Everyone who thinks about Edmonton, thinks about the Fringe, when they’re not thinking about the Oilers!”