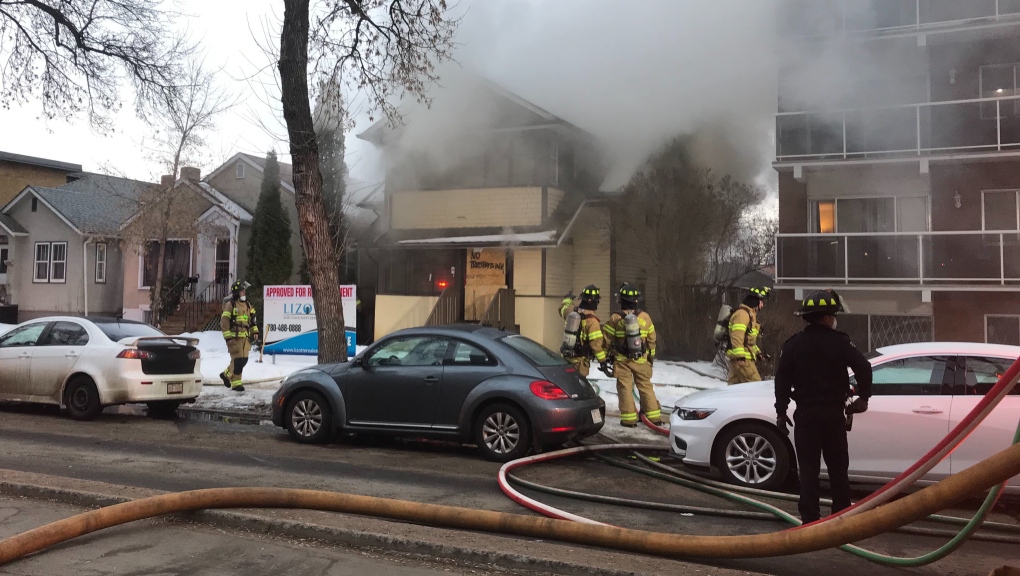 Firefighters battle a fire in an empty home at 100 Street and 83 Avenue on March 27.

EDMONTON -- Heavy smoke was seen in the area as firefighters battled a blaze in an empty home at 100 Street and 83 Avenue on Friday morning.

Edmonton Fire Rescue Services were called to the scene just after 7 a.m. The fire was declared under control just before 9 a.m.

Firefighters removed some large tree branches with a chainsaw in order to make room for their ladder truck. 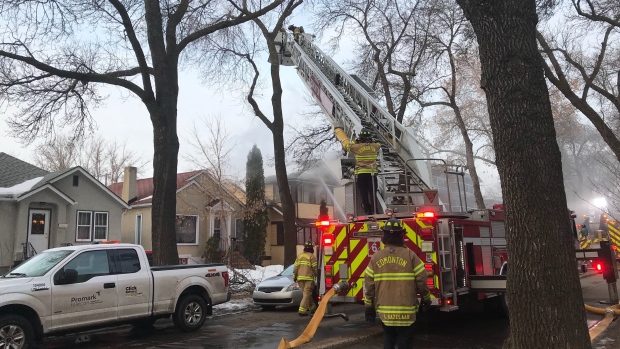 The home is abandoned and appears to be set for demolition. No injuries have been reported.