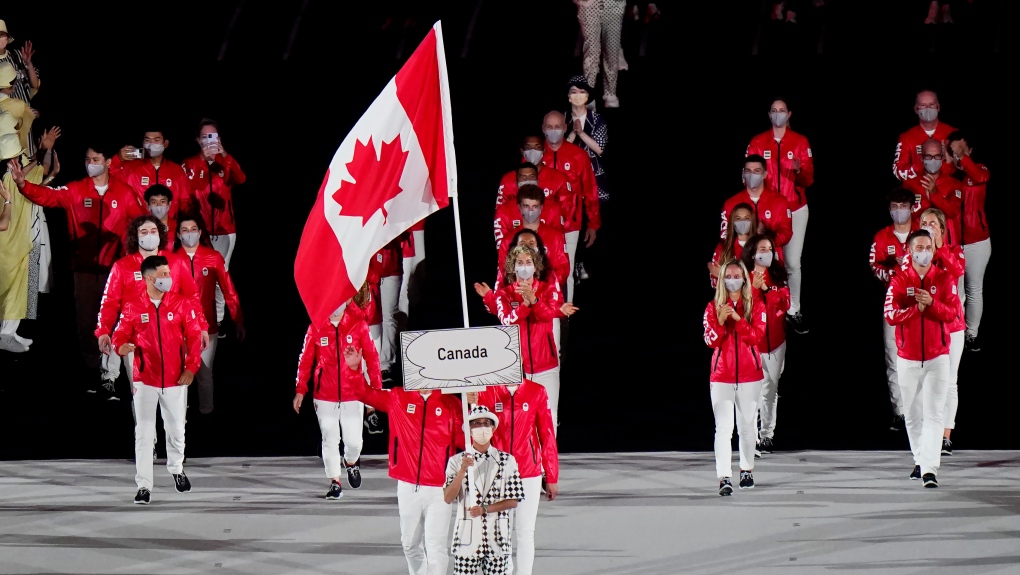 The Summer Games start on Friday and CTV News Edmonton has compiled a list of the Edmonton-area athletes competing in Tokyo.

Here are the local athletes Edmontonians should keep an eye on over the next two weeks.

Blair Bann has participated in numerous international volleyball tournaments, including the 2011 Pan Am Games and 2015 NORCECA Continental Championship. He was named Best Libero in the FIVB World League in 2017 and helped Canada achieve a bronze medal result that year.

Halle Pratt has been a member of the Canadian national program since 2013. As a junior in 2015 she swept the Pan American Championships by winning a gold medal in the junior individual, duet, and team events. She missed much of the 2016 season due to a torn labrum. After years of physical therapy she rejoined the senior national team in 2017.

Jay Blankenau made his Olympics debut in 2016 and was instrumental to Team Canada achieving its best result in men’s volleyball since Los Angeles 1984. He has also been part of the team when it achieved three straight Top-10 finishes in the FIVB Nations League since it began in 2018.

Josephine Wu first represented Canada on the international stage at the 2008 Junior Pam American Championships. She won her first bronze medal in 2012 and made the senior national team in 2016 – two years after tearing her Achilles tendon. Wu has played badminton since she was seven years old and is a University of Alberta alumna.

Kindred Paul started as a competitive swimmer and later transitioned to water polo after turning eight years old. She won silver in 2014 at the Youth World Championships and helped Canada achieve a fourth-place finish next year at the World Junior Championships. She has competed in the FINA World League Super Final in 2016, 2018, 2019, and 2021.

Lucas Van Berkel made his debut with the senior national team in 2012 at the Pan Am Cup as the youngest member participating. In 2017, he helped Canada win a bronze medal at the FIVB World League – the first international podium at the event series for the Canadian men’s volleyball team. He has played pro-volleyball since 2014 in Sweden, Czech Republic, Switzerland, Italy, Germany, and Turkey.

He didn't start running track seriously until his last year of high school, but Marco Arop has won a number of medals, including gold at the 2017 Canadian U20 Championships and gold for Team Alberta at the Canada Summer Games in Winnipeg.

Stephanie Labbe has been a goalkeeper for Team Canada since 2002. She won a bronze medal in her Olympics debut in Rio five years ago, and has also participated in three World Cups. Away from the pitch, Labbe supports Special Olympics Canada.

Kelsey Mitchell graduated from the University of Alberta in 2016, and, with an Olympic dream in mind, she got into track cycling a year later. Within two years of her first ride, she won gold at the 2019 Pan American Games and broke a world record in the flying 200-metre sprint.