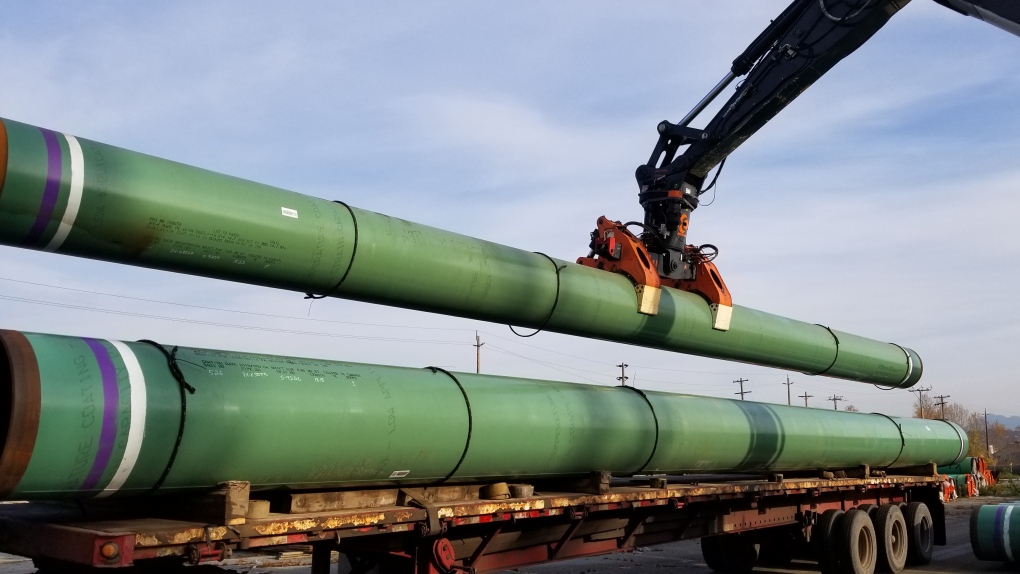 EDMONTON -- Landowners in the Edmonton area concerned about the Trans Mountain Expansion project's final route met with the Commission of the Canada Energy Regulator (CER) on Tuesday.

Jim Robinson, who owns a contracting company, was concerned the pipeline would go through an area where he stores equipment in a shop he recently built on industrial land near Niton Junction.

"It will also affect further development to the land," said Robinson in a previous statement.

However, Robinson's visit was short, after he reached an agreement before the 9 a.m. meeting.

"It was decided that, by Mr. Robinson, that an agreement could be reached," said environmental consultant Alex Ramsay."An amicable agreement with reasonable compensation following the proposed line two or the Trans-Mountain Expansion pipeline route across his property."

According to Ramsay, two reasonable alternatives were put forward including a southern route.

"It's been ongoing since 2012 so eight years," said Robinson. "I haven't spent a lot of time but enough, more than I wanted to."

"I was concerned about how future development would go but we've got that all figured out," he added.

There were more meetings scheduled for the afternoon, but those were also settled beforehand, a spokesperson told CTV News Edmonton.

The Trans Mountain Expansion Project was approved by the federal government in June 2019.

Once completed, the expansion will carry nearly 900,000 barrels of oil per day from Alberta to the B.C. coast.