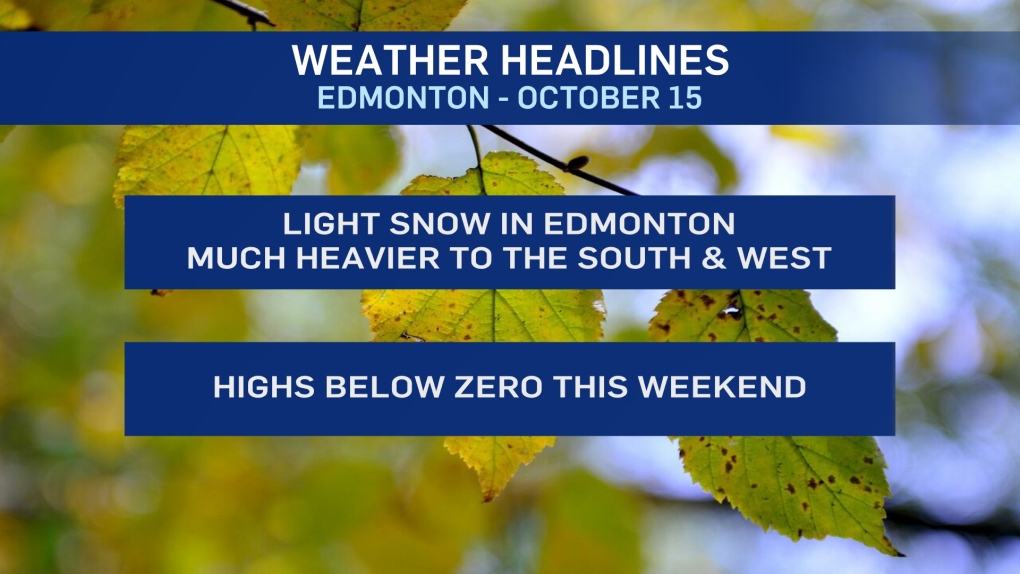 EDMONTON -- Snowfall warnings remain in effect for western Alberta with 10-20 centimetres of snow expected in most areas and over 20 cm possible in a few spots.

Further south, it's Snow Squall warnings thanks to the combo of snow and wind.

Edmonton and areas to the north and east will be spared the worst of this storm.  In fact, you won't have to travel too far north or east of the city to get completely missed by the snow.

You also won't have to drive too far south and/or west to get into some snow-covered terrain.

The city will likely get between 1 and 4 centimetres of accumulation.  The best chance for 4 will be in the south and southwest portions of the city.

(Parts of north Edmonton might not get any accumulation at all)

Most of the snow will be melting on roads.  So, it's mostly just grassy areas that we'll see the snow stick around and accumulate a bit.

The snow should move out of the Edmonton area by mid to late afternoon.

Temperatures near zero most of today (feeling cooler with a bit of a wind chill).

We'll drop to morning lows near -10 and highs in the -2 range this weekend.

That's more typical of mid-November than mid-October in Edmonton.