Cloudy and cool this weekend: This is your Edmonton forecast 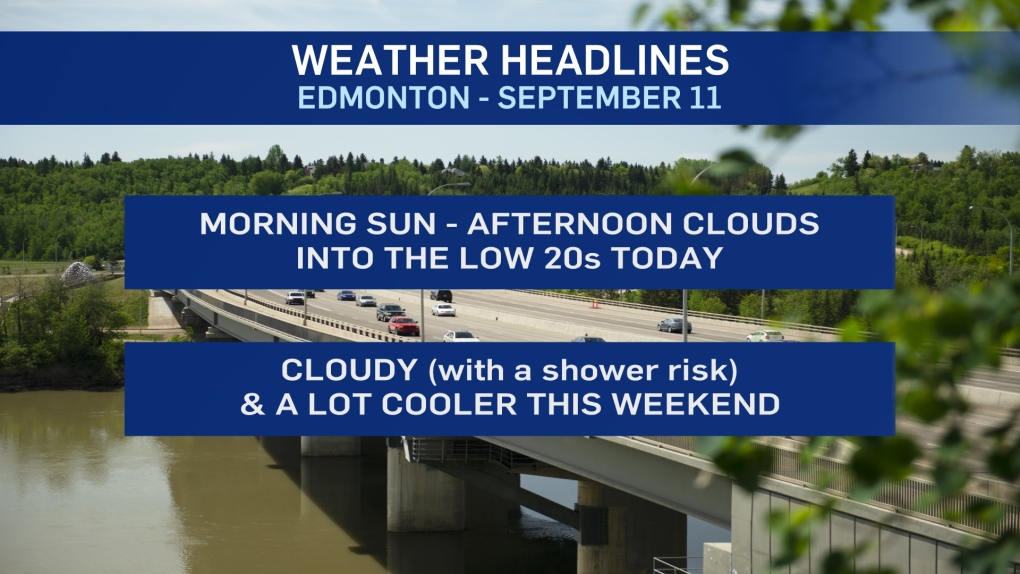 Temperatures will climb into the low 20s this afternoon.  But we'll also get some clouds rolling in.

Those clouds stick around through Sat/Sun and temperatures dip to Afternoon Highs in the 12 to 16 degree range.

Northern Alberta's already cooling off today and we've had some thunderstorms in the NE this morning.

Cloudy with some more showers for areas from Fort McMurray NW to High Level today.  Then...a break from the precipitation for that area this weekend.

Areas from Edmonton south to Red Deer have a chance of seeing some showers overnight and/or Saturday morning.

In fact, there's a chance of a few scattered showers both Saturday and Sunday in the Edmonton region.

It's unlikely that it'll become heavy, steady long-lasting rain, but a few showers are possible.

There's some uncertainty with the temperature outlook for early next week.

I think Monday should hit the upper teens and then Tuesday/Wednesday cool off again.

The end of next week will likely have highs near 20 in the Edmonton region.