Cloudy and mild with a snow risk tonight: This is your Edmonton forecast 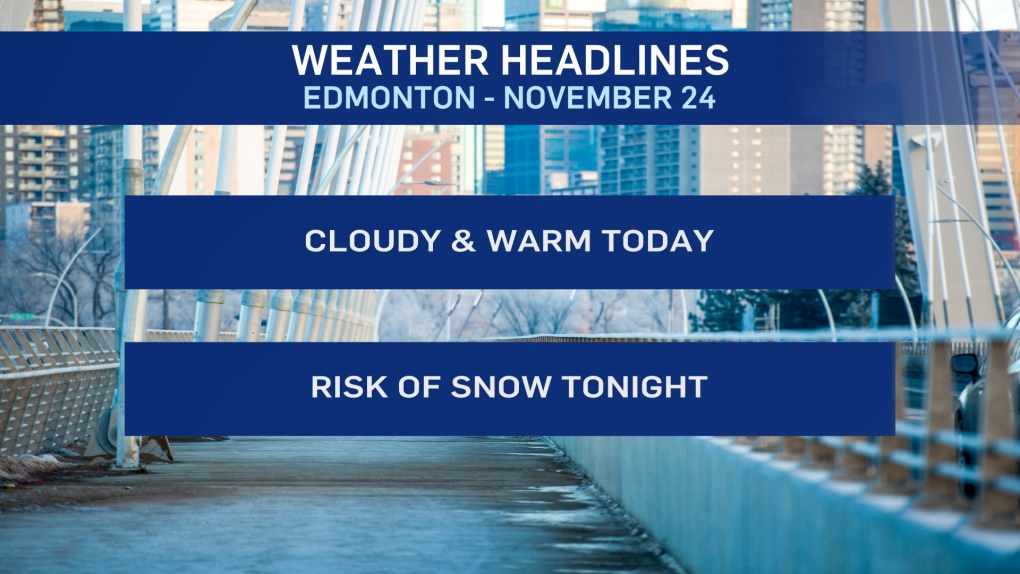 The dense fog that developed north and west of Edmonton overnight has dissipated.

In Edmonton and area, we'll be under mostly cloudy skies through the day.

But temperatures should climb just above the freezing mark this afternoon.

A low pressure system pushing across northern Alberta will have a trailing cold front.

That front will sweep through the NW late today with a risk of snow and rain/snow mix.

There's a slight risk of some patchy freezing rain in parts of north-central Alberta overnight.

BUT...MOST of the precipitation in the Edmonton area should fall in the form of snow.

1 to 3 cm is possible by early Wednesday morning.

Temperatures will hold steady near zero tonight and then slip a bit once the snow moves out Wednesday morning.

We'll get back close to zero Wednesday afternoon.

Thursday and Friday are still looking a bit sunnier and warmer with highs in the 2 to 5 degree range.