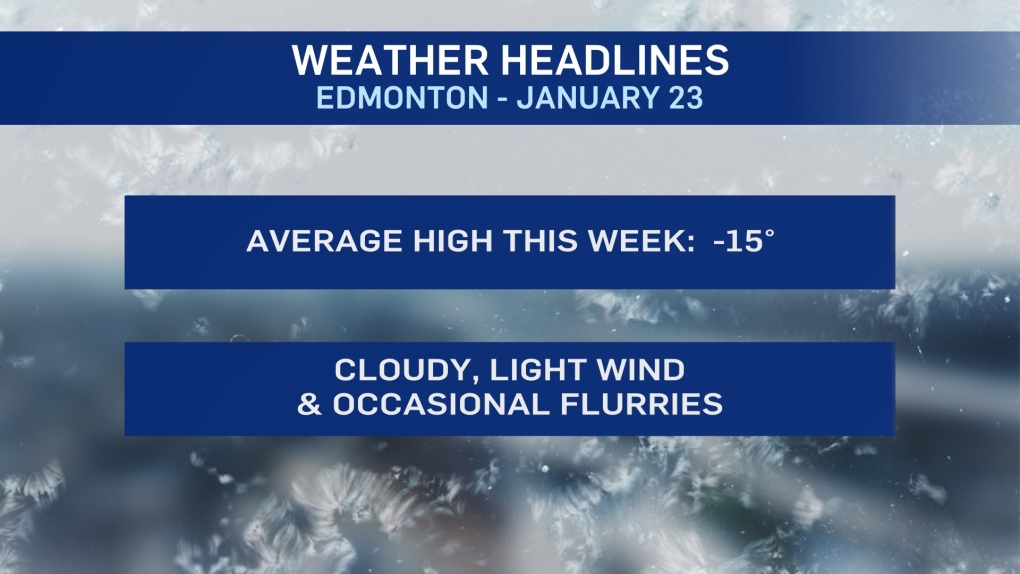 EDMONTON -- Arctic air, clouds and occasional flurries will dominate the next few days in Edmonton and much of central and north-central Alberta.

The flurries won't amount to much.  But we got a bit of a fresh ground-cover over the weekend and we can expect more of the same today, tomorrow and Wednesday.

Temperatures are expected to be near -20 in the morning and in the minus teens through the afternoons.

So, wind chill won't be a major factor.  But, if you're working outdoors or spending significant amounts of time outside, keep the wind chill in mind.

This week won't be AS frigid as the cold spell we had last January.

But, it WILL be the coldest stretch of weather since then.

Some sunnier conditions should develop towards the end of this week.

But, we're probably not back to the -10 range until this weekend or early next week.

A return to highs near -5 or warmer isn't likely until sometime in the middle or end of next week.