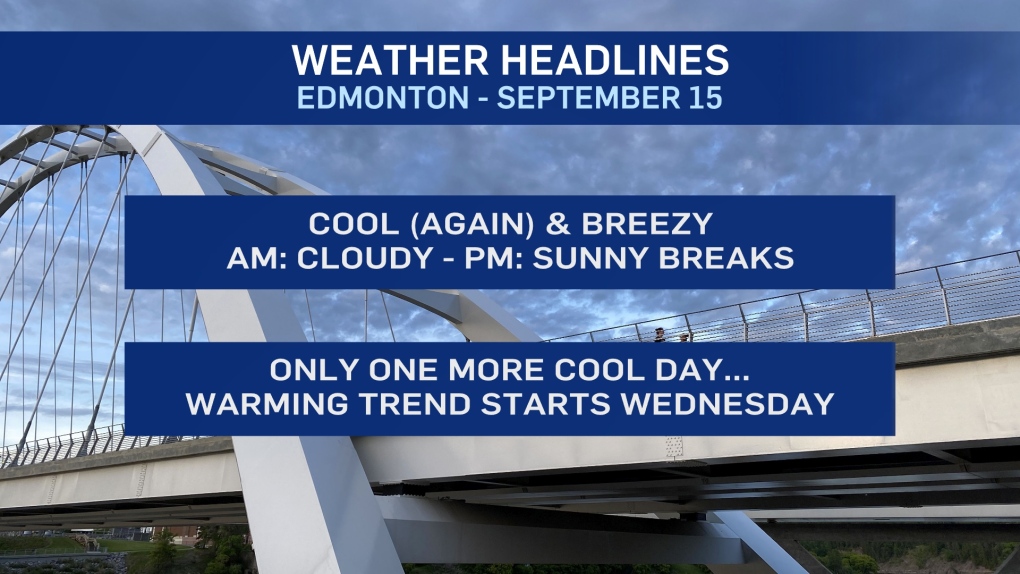 EDMONTON -- The cool spell will last for one more day (today) and then we'll begin to warm back up in the Edmonton region.

Temperatures topped out at 10 degrees on Monday and should only make it to 12 or 13 degrees today.

The average high for mid-September is 17 degrees and we'll be back in that ballpark for Wed/Thu.

Clouds will dominate the first half of the day in central and north-central Alberta.

Some showers hitting areas just south of Edmonton should miss most (probably all) of the city.

By this afternoon, wind turns gusty.  But we'll also get some clearing.

Sunnier skies are expected Wed/Thu/Fri to go along with the warmer temperatures.

BUT...the downside to the clearing after a cool day is the frost risk for tonight/Wednesday morning.

Temperatures will be near zero in Edmonton and likely a degree or 3 below zero outside the city.

Frost advisories will likely be issued later today for a large portion of the province.