Cool conditions sticking around: This is your Edmonton forecast 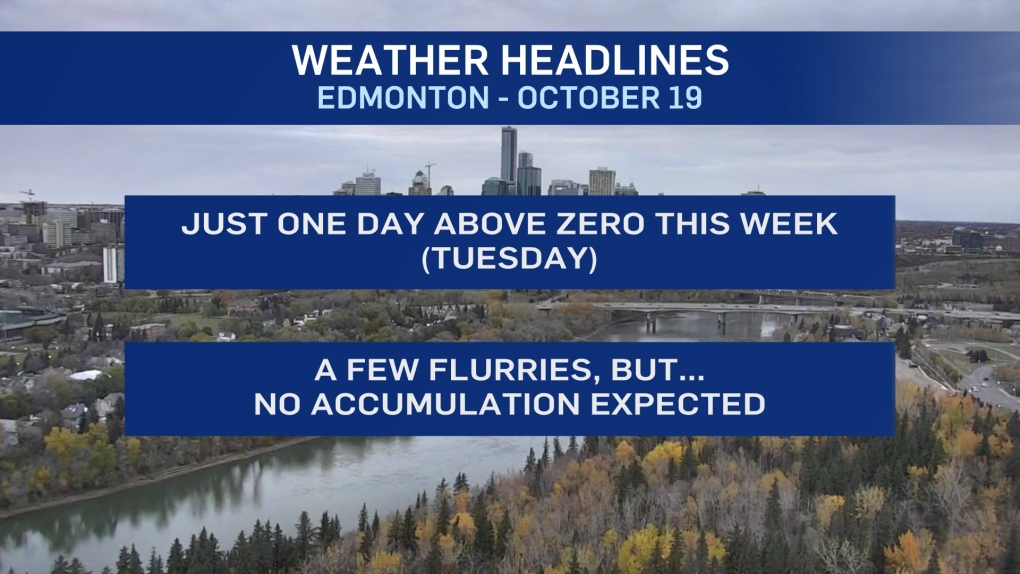 EDMONTON -- A pair of sub-zero daytime highs in Edmonton this past weekend.

We'll make it three straight days below zero with a high of -2 today.

In fact... looking ahead, there's only one day with a high ABOVE zero this week.

That'll be tomorrow as we get a degree or two above freezing in the afternoon.

After Tuesday, we're back to highs in the -2 to -5 range for the rest of the week.

Many areas in western and central Alberta are dealing with several centimetres of snow on the ground to go along with the colder-than-average temperatures.

The Edmonton region has missed out on the accumulating snow and that'll continue to be the case this week.

We may see a few pockets of flurries today and again later in the week.

But we're not anticipating any significant accumulation.