Edmonton weather for March 4: Warm spell rolls on (for now) 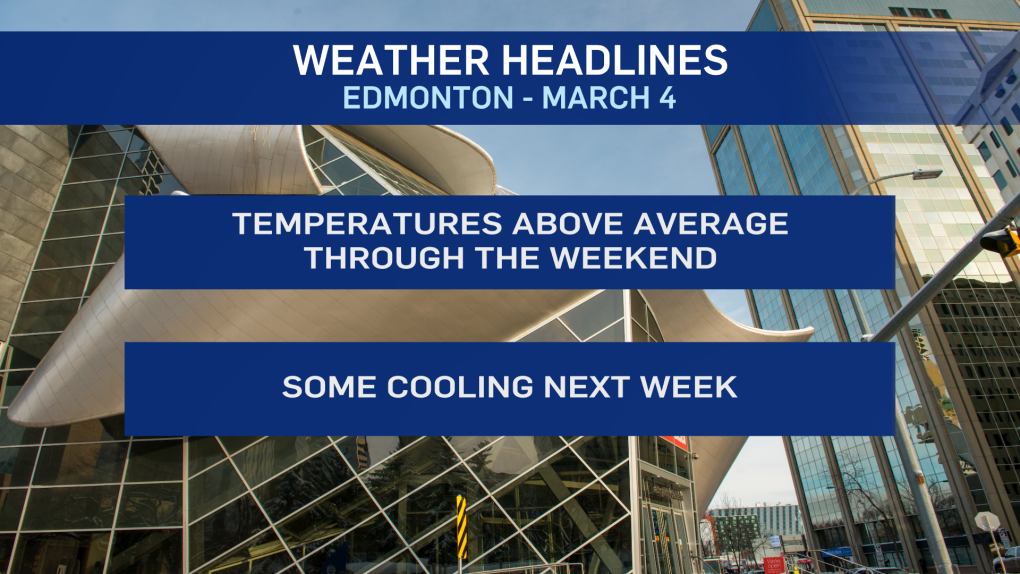 EDMONTON -- Meteorological spring runs from March 1 to the end of May (meteorological summer starts June 1) and it's been feeling and looking like spring.

But, the Spring Equinox isn't until March 20th. So, technically, there are still a couple weeks of "winter" left.

The question is: Are we in for any more wintry weather?

In the short term, the answer is NO. Temperatures will continue to be well above zero for the next few days.

Even the weekend looks warm with afternoon highs in the 4 to 9 degree range both days.

After the weekend, there's some uncertainty. It's been looking like temperatures would drop. The question is: how much?

I've been back and forth in my thinking on that, and this time of year makes long-range forecasting even more difficult than usual.

We're prone to large swings in conditions that the modelling doesn't always pick up on.

I'm back to thinking we'll be closer to zero for highs next week. That's a big departure from yesterday's long-range forecast.

But, it appears the air that's currently over the extreme northern part of Alberta today is what will drop south and sit over the Edmonton region by early next week.

I've thrown a chance of flurries into the forecast for Monday and you could make the case for a risk of flurries on Tuesday as well.

But, this run of WELL above average temperatures will come to an end and we'll return to some cooler air, probably by next week.