Edmonton weather for May 11: Warm and a bit unsettled 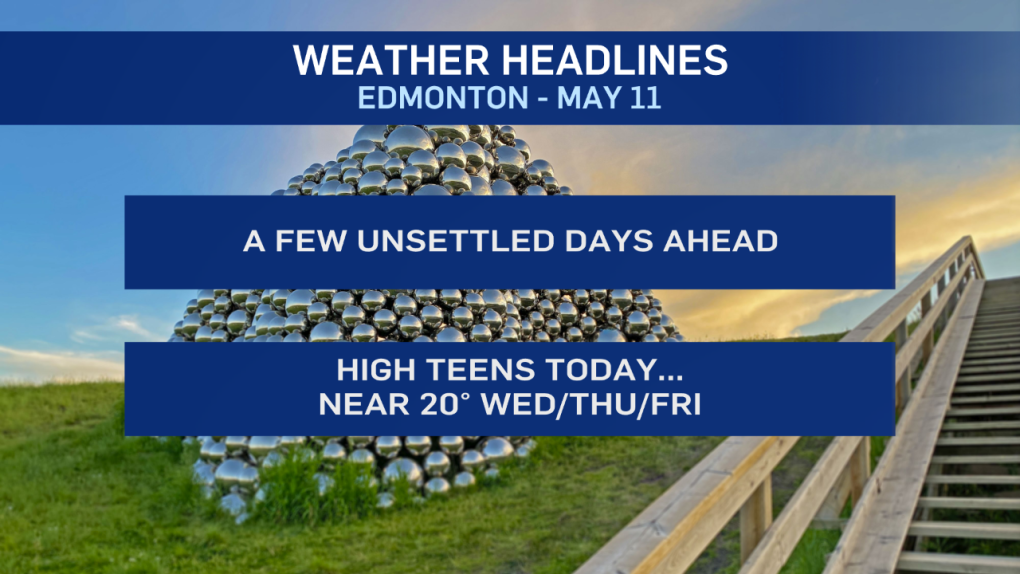 EDMONTON -- We have a few showers just off to the south and southwest of Edmonton this morning.

Most (probably all) of the city will miss out on that. But, parts of south and west Edmonton may get a bit wet this morning.

And...there's another chance for some scattered showers later today.

Temperatures are set to climb into the upper teens today and then we'll get highs right around 20 C for a few days in Edmonton and area.

But, there's some cooler air aloft thanks to an upper trough.

That means we're in for a few days where we'll get a mixture of sun and clouds with the possibility of a pop-up shower and/or thunderstorm.

Timing and location of those showers remains TBD. But, it's the eastern half of the province that has the best chance at seeing some spotty precip later today.

Wednesday...it's western Alberta that gets the best chance for late-day showers/thunderstorms.

Edmonton starts sunny and then has some increasing cloud through the afternoon tomorrow.

Today - A few showers possible this morning. Then...Mix of sun & cloud. 30% chance of a late-day shower or thunderstorm.

Tonight - 30% chance of a shower or thunderstorm early in the evening. Clearing overnight.

Thursday - Mix of sun & cloud. 30% chance of a late-day shower or thunderstorm.