Edmonton weather for May 26: Warming trend kicks in 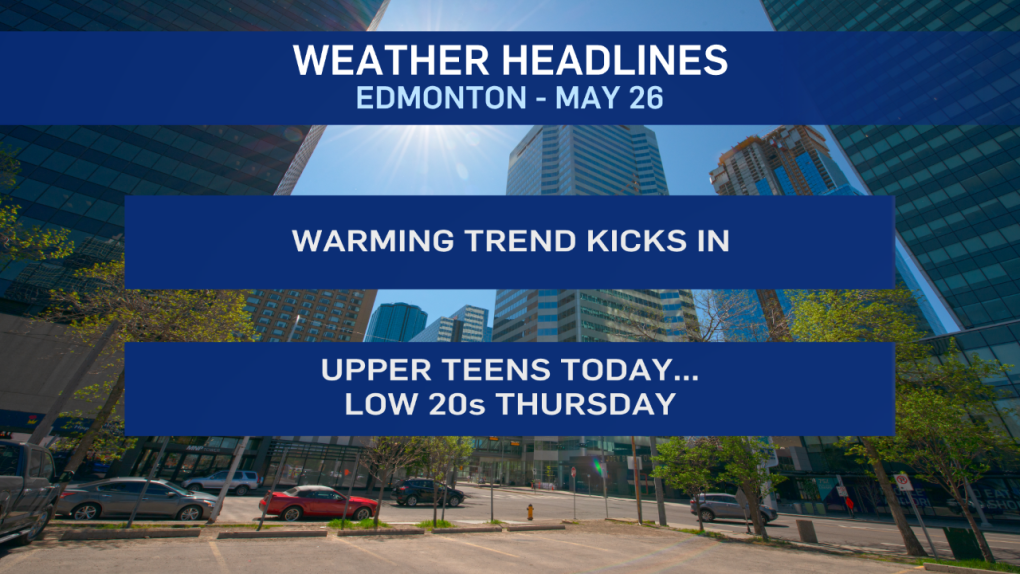 EDMONTON -- Temperatures have been cooler than average for six of the past eight days in Edmonton.

But, we'll flip that with only ONE day in the next eight being cooler than average.

We'll get into the upper teens in Edmonton and area today with some breezy conditions.

Wind'll be out of the southeast around 20-25 km/h with occasional gusts near 40 km/h this afternoon.

A few showers and thunderstorms will develop in the foothills later today.

There's a slight risk of seeing one of those push close to the Edmonton area.

But, for most (probably all) of the day...most of the region will just get a "mix of sun and cloud."

Temperatures will climb into the low 20s in the Edmonton region Thursday.

But, there's a decent chance of some late-day showers or thunderstorms.

We'll get our one below-average day on Friday with cloudy skies and a good chance of some showers or periods of rain.

THEN...we jump right back into some warm air for the weekend.

Friday - Mostly cloudy. 40% chance of showers or periods of rain.