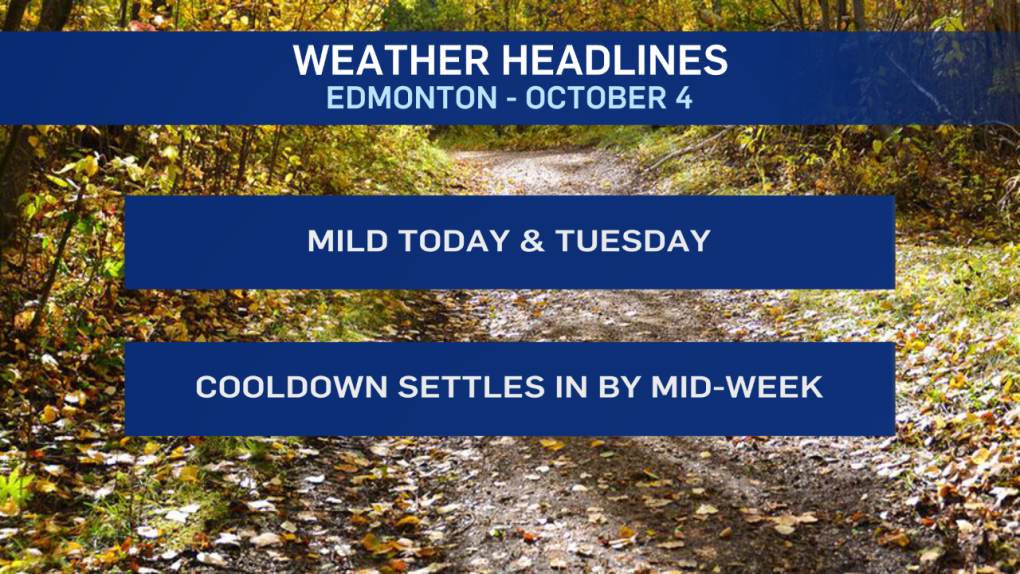 Here are a couple predictions for the next few days:

After a weekend that had highs of 16 and 14 in Edmonton, we'll hold steady with afternoon highs in the mid teens today and Tuesday.

But...we'll drop to highs in the 10 degree rang by Wed/Thu and the long-term pattern looks like more of the same.

There's a chance we get back to the low to mid teens on Saturday. But, most days from this Wednesday to next Wednesday will have afternoon highs in the 8 to 12 degree range.

There's a slight risk of some showers in and around the Edmonton region on Wednesday.

But, the big precip story this week is the arrival of snow for parts of NW Alberta and the mountain parks.

A couple centimetres in possible in and around Jasper tonight and again Tuesday night.

Further north, the Peace Country get some rain turning to snow early Tuesday morning and by Wednesday morning, some areas could have 5 to 15 cm of snow on the ground.

The hardest-hit areas will likely be to the west of Grande Prairie and Peace River with areas east of those locations getting little or no accumulation.

As we said last week, October is usually the month with the biggest swing in temperatures from start to finish.

Tuesday - Clearing in the morning. Partly cloudy in the afternoon.

Thursday - Clearing in the morning. Sunny in the afternoon.