Edmonton weather for Sept. 23: Sunny and a bit cooler 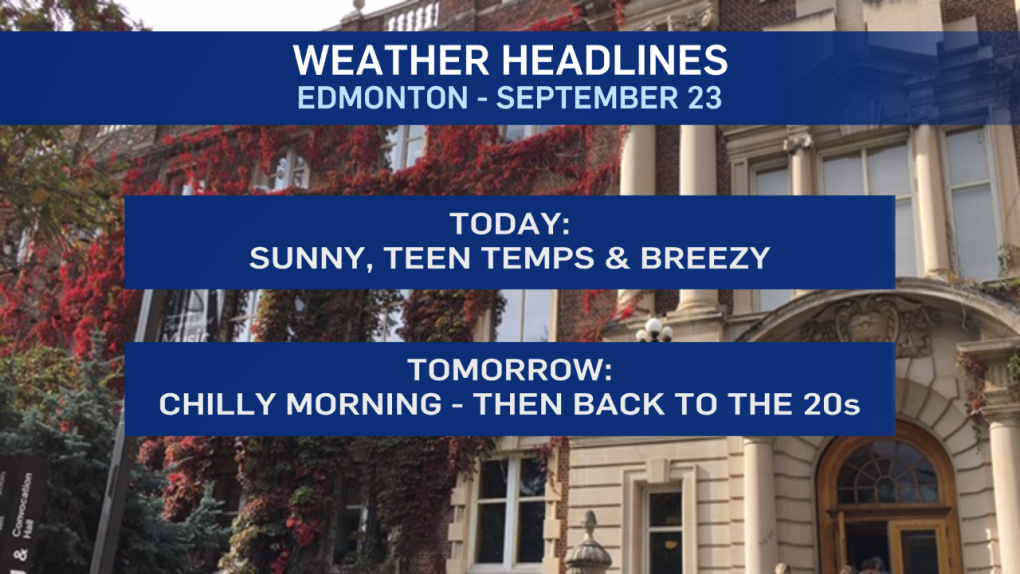 A cold front swept through last night and delivered a spectacular light show.

Most areas of Edmonton inside the Henday on picked up one to five millimetres of rain.

But, it looks like some areas outside the city (especially just north of Edmonton) picked up 10 to 15 mm of rain.

Almost everybody in the region saw the lightning, heard the thunder and had a look at some beautiful cloud structures.

Behind that cold front, we'll see temperatures around average today and near the freezing mark Friday morning.

After a part of days in the 20s, Edmonton is back to a high near 15 C this afternoon. Wind will be a bit brisk, but the sun should feel nice.

Across northern Alberta, daytime highs will be in the 12 to 14 degree range with mainly sunny/partly cloudy skies.

Today's "cooldown" isn't going to last. Another bubble of warm air aloft (upper ridge) moves in and we're right back to highs near 20 C.

We'll get off to a chilly start tomorrow with a risk of patchy frost in parts of central and northern Alberta. Then, into the low 20s in the afternoon.

The weekend has morning lows in the 8 or 9 degree range and afternoon highs around 20 with a mix of sun and cloud.

Temperatures should still be up around 20 Monday and Tuesday and then we'll get back to highs in the mid to upper teens for the middle to end of next week.

When you take a look at the average highs for late September and early October...we should be warmer than average right through the rest of this month and into the first few days of October.