Edmonton weather for Sept. 28: Cooler... but not cold 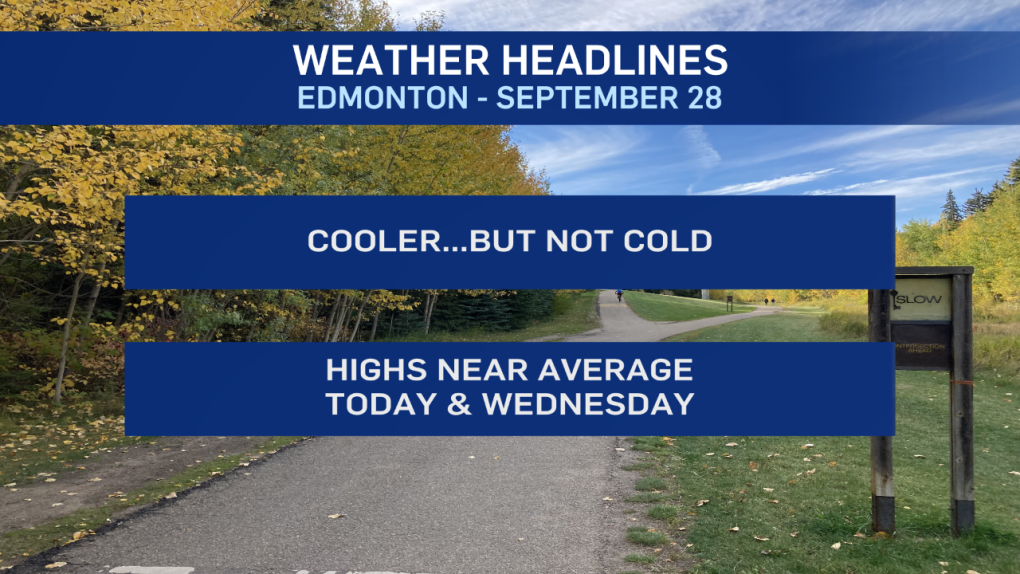 The upper ridge is moving off and cooler air is moving in. After four straight days in the 20s, we'll be back closer to average today and Wednesday.

In case you're curious, the average high for late September is 16 C.

Showers (and even a few lightning strikes) moved through the Edmonton region last night.

It's mainly northeastern Alberta that has the best chance to see some showers this morning and possibly again this afternoon.

That's not to say there may not be one or two showers that develop further west. But, those won't cover much ground.

After today, it looks relatively dry in and around the Edmonton area for the rest of the week.

Clearing and the cooler air moving in means there may be some Frost Advisories issued for parts of central and north-central Alberta.

Within the city of Edmonton, no frost is anticipated. But, outlying areas may get close to zero Wednesday morning.

Daytime highs will be in the mid to upper teens today and Wednesday.

We'll get back to the 20-degree range Thursday before slipping to the mid to upper teens again for Friday/Saturday.

The long-range outlook has another upper ridge (bubble of warm air aloft) moving in over the weekend and that could mean more 20-something daytime highs for Sunday/Monday and possibly Tuesday of next week.

Slight risk of a scattered shower in the area.