Milder today, then back to the cold and occasional flurries: Edmonton forecast 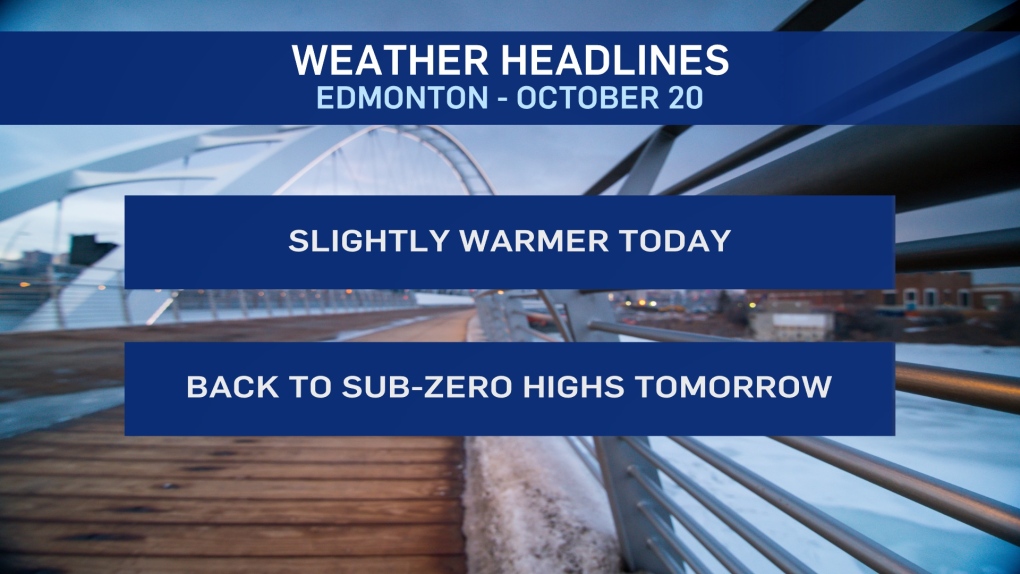 EDMONTON -- It's been feeling wintry and now it LOOKS wintry with a bit of snow-cover out there in the Edmonton region.

Monday's flurries/light snow left roughly a centimetre of accumulation in most areas.  (some spots have a bit more, some a bit less)

Some, but probably not all, of that snow will melt today as we get some sunny breaks and temperatures climb JUST above zero.

After today, we're right back to the -3 to -5 range for highs Wednesday to Sunday.

Edmonton has been below zero for three consecutive days (Sat/Sun/Mon).  The last time that happened in October was 2012.  So, it's been a while.

In fact, back in 2012...Edmonton had ten straight days below zero in October.

After today, we'll likely get five or six consecutive days below zero.

The LONG range outlook is looking warmer.  Temperatures should be in the 1 to 5 degree range Tuesday to Friday of next week.

A few more flurries and light snow is possible in the Edmonton region over the next 24 to 36 hours.

Most of the heavier pockets of snow will hit areas south and west of Edmonton this evening and overnight.