No warming until early next week: This is your Edmonton forecast 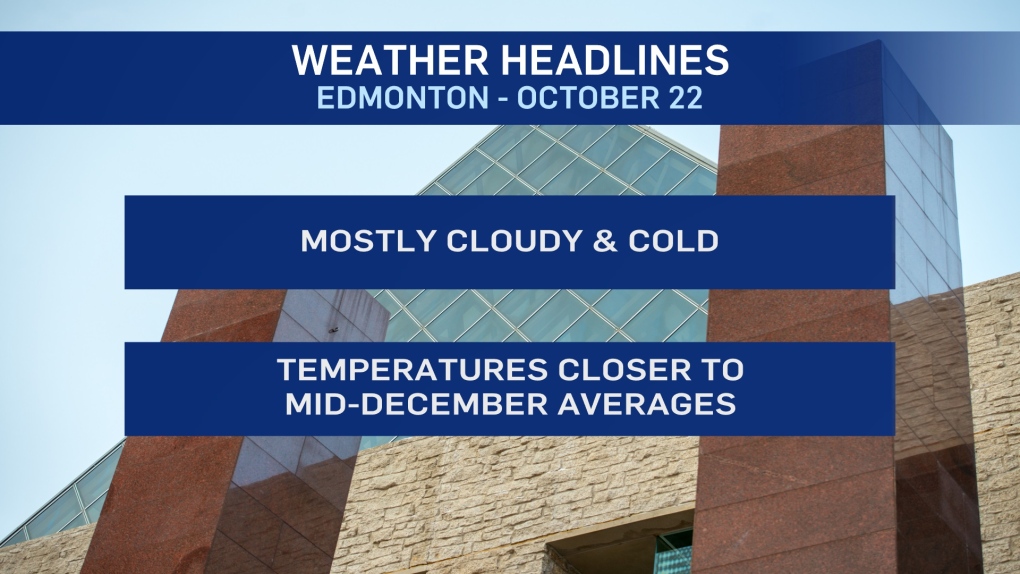 EDMONTON -- Temperatures will be about 15 degrees colder than average over the next few days.

Highs near -5 and morning lows in the -10 range today, Friday and Saturday.

Those are the mid-DECEMBER averages, so we're running about 2 months ahead of schedule on the wintry temps.

By Sunday afternoon, temperatures will be close to zero and Monday should be a degree or three above freezing.

Tuesday through Saturday will likely have highs in the 4 to 9 degree range and morning lows in the 0 to -5 range.

As for the short-term outlook - more cloud than sun again in most of central and northern AB.

The foothills and mountain parks get several centimetres of snow on Friday.  Southern AB (especially the SW corner) gets hit the hardest with 10-20 cm.

Red Deer and surrounding areas may get grazed by that system and pick up a bit of snow late Friday.