Still cold, with a snow risk this evening: Edmonton forecast 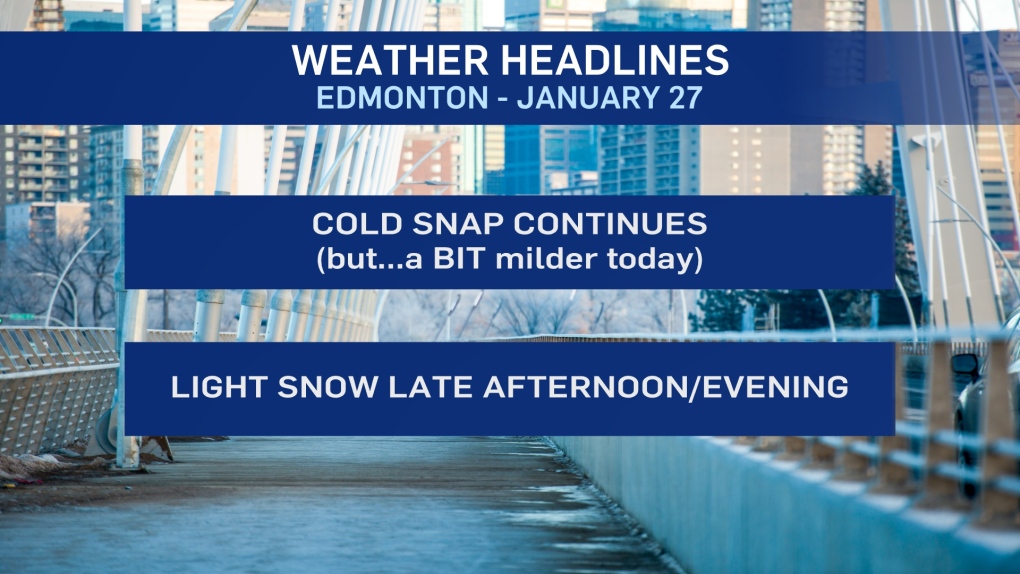 EDMONTON -- It won't be WARM.  But we'll have temperatures climb above -15 this afternoon.

So, that's at least "warmer" than the past few days.  We haven't been above -15 in Edmonton since Saturday morning.

This is NOT part of a longer warming trend though.

Temperatures will continue to be in the -13 to -16 range for highs Thu/Fri and this weekend.

I know there are some forecasters calling for highs closer to -9 by this weekend.

While that remains possible, it still doesn't look all that likely to me (as of right now).

It SHOULD be much sunnier for the weekend and that might make it FEEL a bit warmer though.

Clouds will continue to dominate the skies over most central and northern Alberta today and Thursday.

This might give us 1 to 3 cm of snow.  So, not a HUGE accumulation.  But, maybe a bit more than just a dusting.

After tonight, the city's next best chance at some snow doesn't come until Monday.

LONG Range outlook - warmer conditions are expected to move in mid-to-late next week with daytime highs back to the -5 range.