Still not cold, just 'cooler': This is your Edmonton forecast 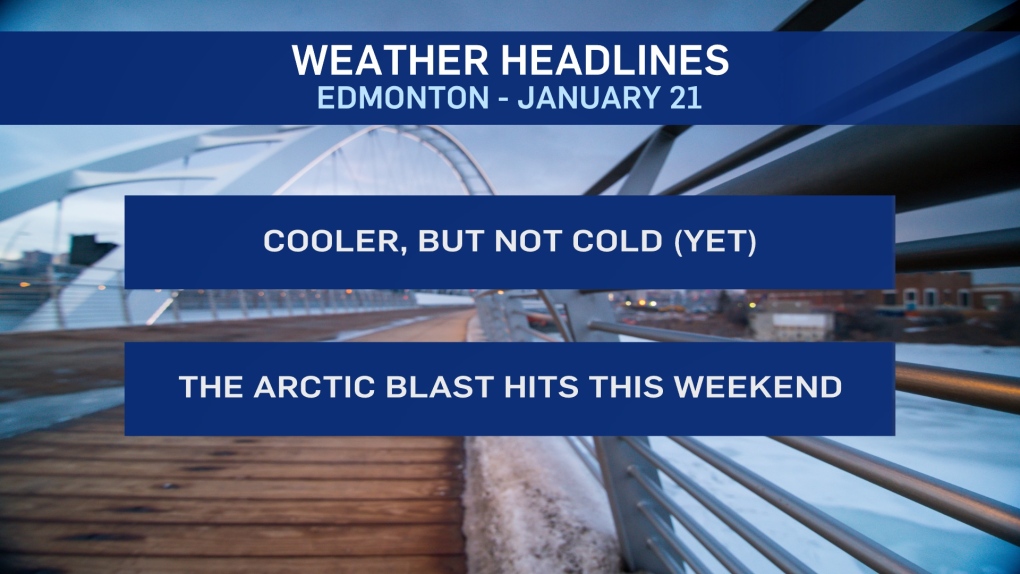 EDMONTON -- The cooling trend begins today.  But we're not immediately falling into the freezer.

Today and tomorrow will still be slightly warmer than average, but below zero.

Wind should be light through the day, we'll be mostly cloudy and there might be a couple brief flurries in the Edmonton area and scattered across central and northern Alberta.

No significant accumulation is expected.  Temperatures should get to -1 or -2 for a high this afternoon.

That's a great late-January day.  BUT...it's been so warm lately that this will be our coldest day (and the first with a high below zero) in about a week-and-a-half.

Cloudy, some flurries (MAYBE a centimetre or 2 worth of snow) and breezy Friday with a high or -3 or -4.

THEN...temperatures falling through the day Saturday.  We'll start the day around -10 and wind up around -15 in the afternoon.

Daytime highs look like they'll be in the minus teens for Sunday and most (probably all) of next week too.

We've had only two days with highs below -10 since the start of December.

In fact, there have been only six days with highs below -5 and they were all in December!

This will be our first real "cold snap" of the winter and once it sets in, it'll likely stick around at least until the end of the month.

Precipitation Outlook:  Flurries are possible over the next few days.  This won't be a heavy dump of snow all in one shot.

But, we might see a fresh covering of a snow on the ground by the end of the weekend.

It likely won't be enough to make cross-country skiers happy though.