Sunny and warm through to the middle of next week: Edmonton forecast 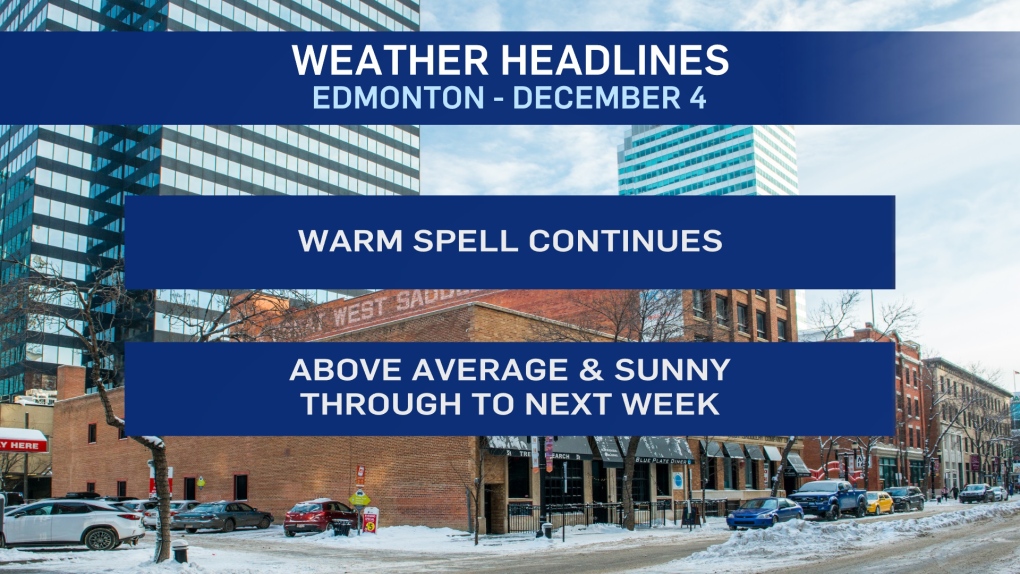 Further north, we've had some rain and rain/snow mix push through northern Alberta overnight and this morning.

The Fort McMurray area has been targeted with rain this morning.

That precip is thanks to a "ripple" in the Upper Ridge (a little trough of low pressure rippled across the north last night).

We won't get any impact from that here in the Edmonton area.  The ridge will slip a bit over the next few days.  But, we'll still be sunny and warm in Edmonton and areas to the south.

Northern Alberta will get some clouds and occasional precip over the next few days.

Edmonton and area stays in the warm air until the middle of next week. We're still eyeballing Wednesday as the potential "flip" day.

There's a slight risk of snow mid-week and temperatures are trending cooler for Thu/Fri with highs back closer to average (in the -2 to -5 range).