Sunny morning, storm risk this evening: This is your Edmonton forecast 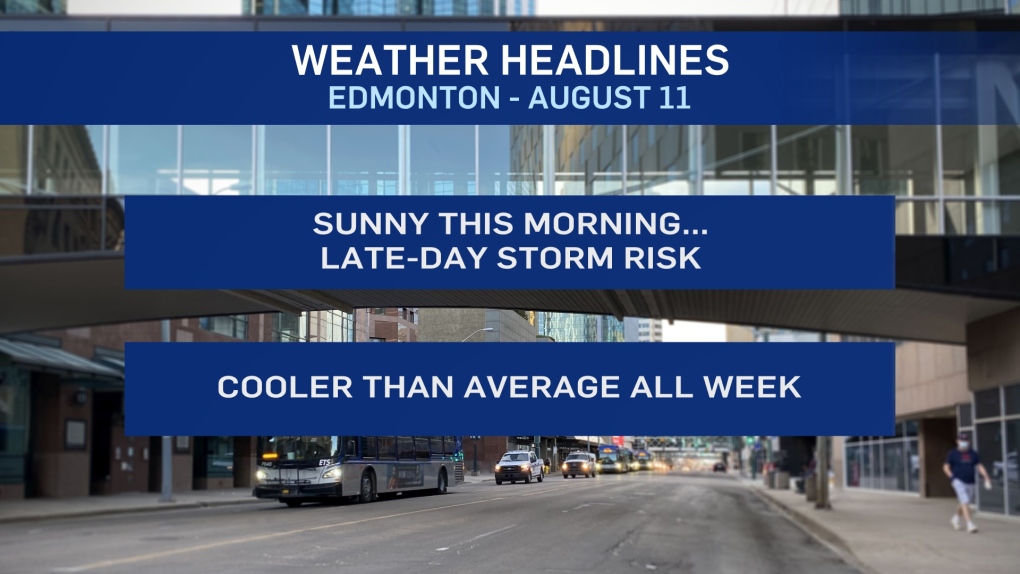 EDMONTON -- Showers and/or thunderstorms are possible in the Edmonton region late this afternoon/this evening.

We'll start the day with some sun and light wind.

Temperatures in the 5 to 10 degree range around the area early this morning with EIA slipping close to zero!

We'll see a few afternoon clouds and a high near 20 this afternoon.

Storms will develop in the foothills this afternoon and then move ENE.

The greatest risk for severe storms in areas from Red Deer south through Calgary and on towards the US border.

Large hail, strong gusts and the risk of a tornado.

As the storms move into eastern Alberta tonight, the risk of damaging gusts increases.

Showers are also likely overnight and early Wednesday morning.  We should get some clearing and a high just below 20 Wednesday afternoon.

As an Upper Low drifts across northern Alberta, clouds and showers will be the dominant weather pattern for northern AB Wed/Thu.

That system will keep us on the "cooler-than-average" side until the weekend.

Temperatures should rebound to the mid-to-upper 20s Sun/Mon.