The warm spell continues: This is your Edmonton forecast 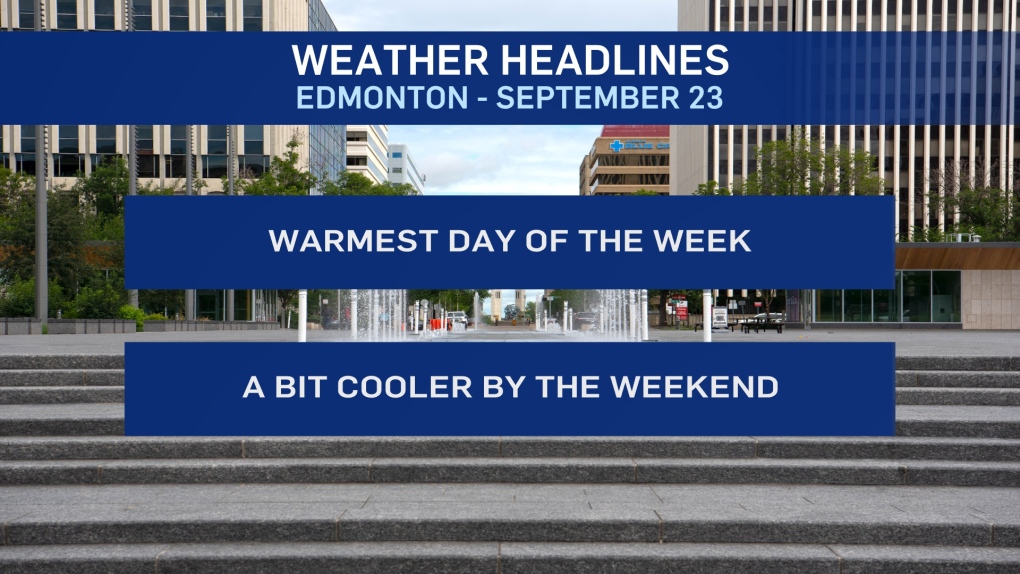 EDMONTON -- We'll be into the low 20s in the city today.  Sunny skies will give way to a few clouds this afternoon.

Today will likely be the warmest day of the week.  But, there isn't a HUGE cooldown anywhere in the forecast.

We'll get a bit cooler this weekend highs in the mid teens. But, that's still no worse than average for late September.

After the weekend, most indicators point towards another rebound to highs near 20 next week.

A low pressure system is set to bring showers to northern Alberta tonight and early Thursday.

The Peace Country will get some precipitation tonight and then it'll slide across into NE Alberta by tomorrow morning.

Edmonton and areas just north of the city MIGHT get a brief shower overnight or early Thursday morning.

We should be back to sun and a high near 20 by Thursday afternoon.

Fri/Sat should be mostly dry days with daytime highs in the upper teens.

A low pressure system bring some showers to southern AB Sunday and the northern edge of that precipitation may push through the Edmonton area.