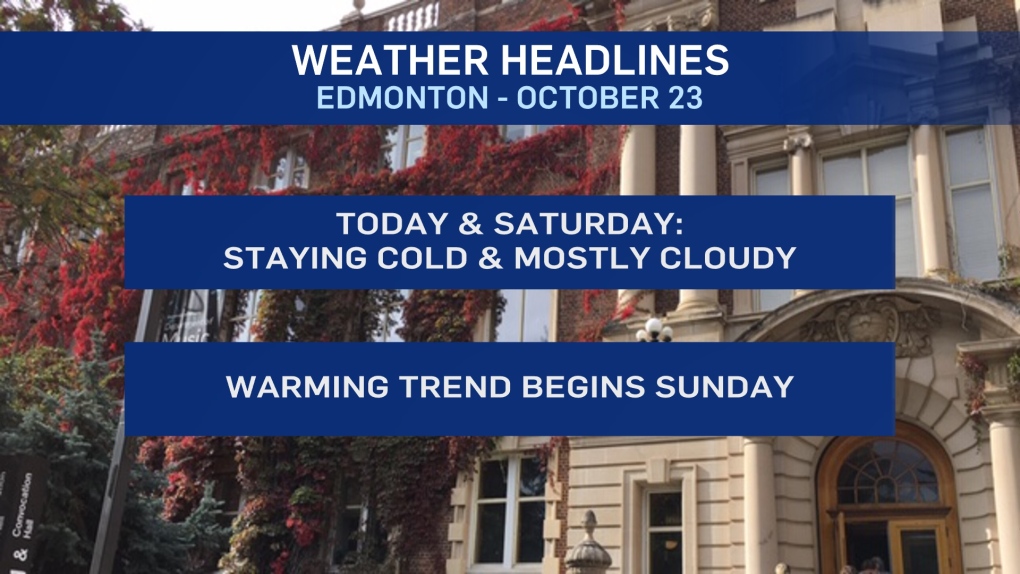 EDMONTON -- The entire province continues to be much colder than average today.

Daytime highs in central and northern Alberta will be in the -3 to -8 range.

Edmonton should end up around -5 or -6 this afternoon.

Conditions will be very similar to yesterday with light wind (5-10 km/h most of the day), occasional sunny breaks and occasional flurries.

Further south, heavy snow is expected from Calgary west to the mountain parks and south to the US border.  Warnings are in effect as 5-15 cm is likely by late Saturday.

No significant precipitation in the forecast for the Edmonton region through the weekend.

But, we do have a significant warm-up in the outlook.

Mostly cloudy and a high near -5 again Saturday.

THEN...some milder air starts to move in as temperatures climb back to around zero Sunday.

We'll be above zero for daytime highs most (maybe all) of next week.

Tuesday looks to be the warmest day at this point, but there's still some uncertainty with just HOW far above zero we'll be Mon-Fri.