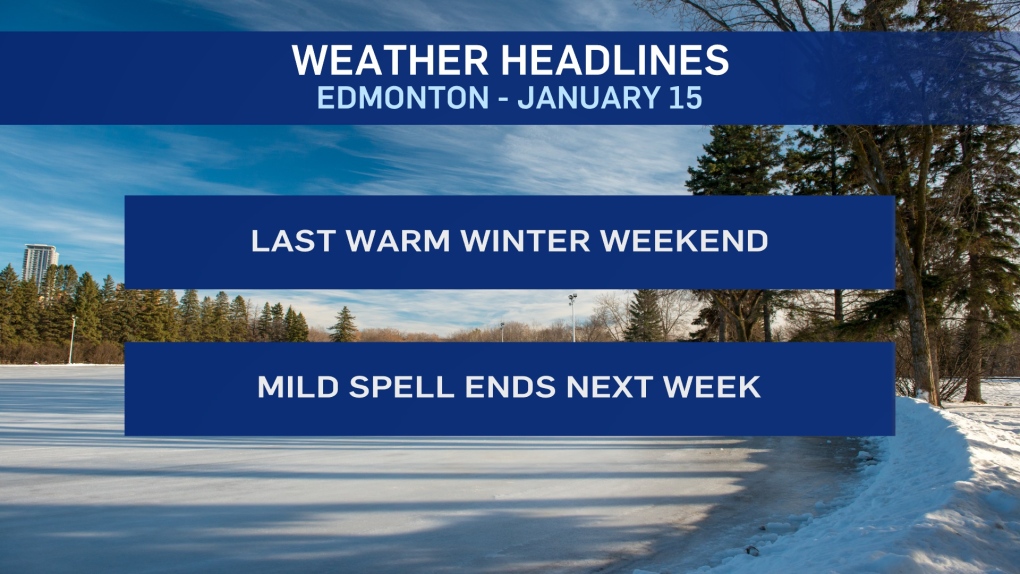 EDMONTON -- One more warm weekend in Edmonton with daytime highs above zero both days.

We're into the end phase of our warm winter with MUCH colder air set to drop in by the end of next week.

But, the next five days will be a continuation of what we've had all January and much of December.

A few clouds this morning will push east and Edmonton should be sunny and 3 to 5 degrees above zero this afternoon.

As those clouds move east, there's a risk of some mixed precipitation or possibly some patchy freezing rain in east-central Alberta mid-morning.

Sunny for most of the province this afternoon and Saturday.  Western areas will get some increasing cloud late in the day as a new system moves in.

That system brings cloudy skies to Edmonton on Sunday with a chance of some mixed precip or wet flurries.

Accumulation doesn't look significant and despite the cloud, we'll still be a handful of degrees above zero.

Monday and Tuesday have highs in the 2 to 5 degree range and then Wednesday is when the cooldown begins.

We're looking at a high near -10 by Friday and highs in the minus teens through the weekend.

Once that cold air settles in, it'll likely stick around at least through the end of the month.